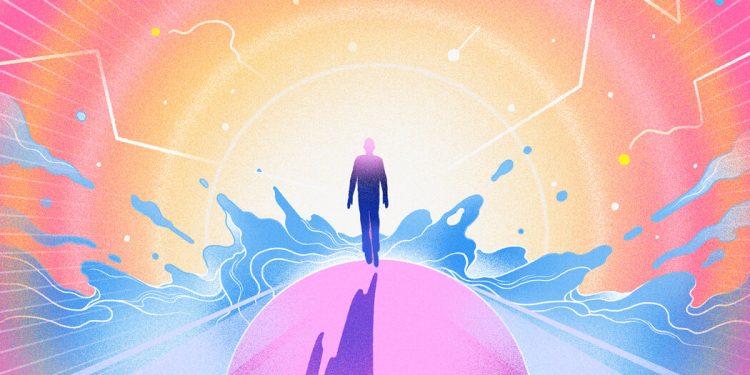 In the early days of his war against Ukraine, President Vladimir Putin told the world that he had ordered his country’s nuclear forces to a higher state of alert. Since then, experts, generals and politicians have speculated about what would happen if the Russian military used a nuclear weapon.

What would NATO do? Should the United States respond with its own nuclear weapons?

These speculations all sound hollow to me. Unconvincing words without feeling.

In 1958, as a young scientist for the United States Navy, I witnessed the detonation of an 8.9-megaton thermonuclear weapon on a barge on Eniwetok Atoll, in the Marshall Islands. I watched from across the lagoon on Parry Island beach, where my group was preparing instruments to measure atmospheric radiation. Sixty-three years later, what I saw is etched in my memory, which is why I am so alarmed that the use of nuclear weapons in 2022 can be discussed so arrogantly.

While the potential horror of nuclear weapons remains frozen in Hiroshima and Nagasaki films, today’s public has little understanding of the stakes of the Cold War and what to expect if the war in Ukraine gets out of hand, either intentionally or accidentally.

The test I witnessed, codenamed Oak, was part of a larger series called Hardtack I, which in 1958 involved 35 nuclear detonations over several months. weapons if possible before an atmospheric moratorium was declared. The hydrogen bomb used in the Oak test was detonated at 7:30 am. A second bomb went off on nearby Bikini Atoll at noon.

In a nuclear explosion, the thermal and shock effects are the most immediate and unimaginable. The nuclear fusion process that occurs in a thermonuclear explosion happens in a millionth of a second.

As I watched from 20 miles away, all the material in the bomb, ship and surrounding lagoon water and air had evaporated and raised to tens of million degrees.

As the bomb’s X-rays and neutrons shot out, they left behind the heavier material particles, creating a radiant front that was absorbed by the surrounding air. The radiation, absorption, reradiation and expansion processes continued, cooling the bomb mass within milliseconds.

The outer high-pressure shock area cooled and lost its opacity as it rushed toward me, and a hotter inner fireball reappeared.

This point in the process is called an escape and occurs about three seconds after the detonation, when the radius of the fireball was already nearly 5,500 feet.

By now the fireball had started to rise, swallowing more and more atmosphere, dragging coral and more lagoon water into a huge column. The fireball eventually reached a radius of 1.65 miles.

Time seemed to have stood still. I lost the seconds.

The heat became unbearable. Bald spots near my ankles started to hurt. The aluminum foil cover I made for protection started to fail.

I thought the hair on the back of my head would catch fire.

The brightness of the light that caused the explosion defies description. I was worried that my high-density glasses would fail.

I kept my eyes closed and turned around until I could see the edge of the fireball.

When I turned away from the fireball again, I opened my eyes through the glasses and saw the outline of the trees and objects nearby.

The visible light that penetrated my glasses increased and the heat on my back intensified. I squirmed to distribute the heat from my side to my back.

About 30 or 40 seconds after the blast, I took off the goggles and looked at the angry violet-red and brown cloud of the fireball.

When the rising cloud started to form a mushroom cap, I waited for the shock wave to come. In the distance I saw a long vertical shadow approaching. I instinctively opened my mouth and moved my jaw back and forth to equalize the pressure difference across my eardrums, closed my eyes and put my hands over my ears.

It hit me like a blow to the whole body and hit me back. I opened my eyes and saw another shadow approaching from a slightly different direction. Over the next few seconds I felt several smaller beats caused by reflections from the pressure wave off distant islands.

The fireball continued to expand, climbing at more than 200 miles per hour, reaching a height of about 2 miles. The boiling mass 20 miles away turned into a mixture of white and gray vapor and continued its climb until it reached somewhere about 100,000 feet.

Meanwhile, the lagoon water had drawn back like a curtain and the sea floor was slowly emerging. Shark netting, which usually protected swimmers, lay on the bottom.

Finally the water stopped receding and seemed to form a wall, like pictures of Moses splitting the sea. The wall seemed to remain motionless before finally roaring.

The water retreated a second time, then repeatedly in smaller and smaller waves and finally as tiny oscillations across the lagoon’s surface that lasted all day.

Humanity conducted more than 500 nuclear tests in the atmosphere before moving operations underground, where we tested 1,500 more. Tests to verify the design of weapons. Tests to measure the impact of radiation on humans. Tests to make political statements.

During my early naval career, I focused on nuclear exchange scenarios that could have killed tens of millions of people — what was known as mutually assured destruction during the Cold War.

But the end of the Cold War did not put an end to these terrifying weapons.

Just a few months ago, in January, Russia, China, France, Britain and the United States issued a joint statement affirming that nuclear war cannot be won and should never be fought.

“We underline our desire to work with all states to create a security environment more conducive to progress on disarmament with the ultimate goal of a nuclear-free world with undiminished security for all,” the statement said.

If nuclear weapons are used in Ukraine, the main concern is that the conflict could quickly spiral out of control. In a strategic war with Russia, hundreds of detonations like the ones I’ve seen could cover our countries.

Now that I’ve witnessed a thermonuclear explosion, I hope no human ever needs to see another one.

Rod Buntzen is the author of “My Armageddon Experience: A Nuclear Weapons Test Memoir.” He lives in Portland, Oregon.