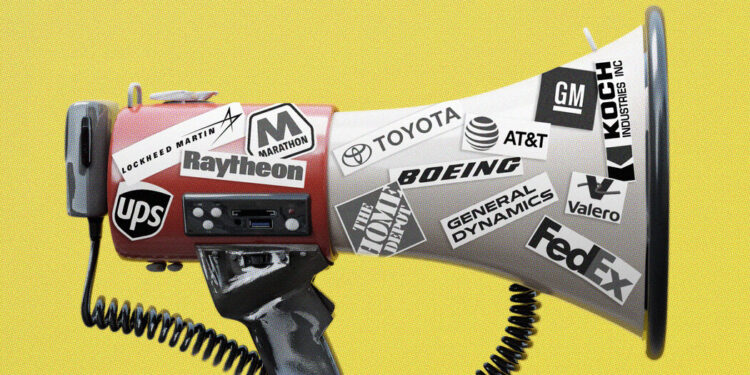 All told, companies and industry groups gave nearly $32 million this week to the House and Senate members who voted to undo the election, and to the GOP committees that focused on the party’s congressional campaigns. The top 10 companies that have given money to those members, according to CREW’s analysis of campaign finance disclosures, are Koch Industries, Boeing, Home Depot, Valero Energy, Lockheed Martin, UPS, Raytheon, Marathon Petroleum, General Motors and FedEx. All those companies, with the exception of Koch Industries and FedEx, once said they would waive donations to politicians who voted to reject the election results.

Of the 249 companies that promised not to fund the 147 senators and representatives who voted against any of the results, less than half have kept their promise, according to CREW.

Kudos to the 85 companies that persevered and still refuse to fund the incendiary agents, including Nike, PepsiCo, Lyft, Cisco, Prudential, Marriott, Target, and Zillow. This is what responsible corporate citizenship looks like. It’s also patriotic.

We need more patriotic corporations for what’s to come. Not only are Republican lawmakers who refused to certify the election results still in office; their party is poised to make a profit in the midterm elections. Their electoral fortunes are not just confirmation from voters who support their efforts to undermine our democracy; they also represent the explicit financial backing of hundreds of companies putting money into their campaign coffers.

Money in politics is the way of the world, especially in this country. But as the Jan. 6 commission’s investigation made clear, Mr. Trump’s coup attempt was orders of magnitude different from normal rough politics. Returning to the status quo where corporate money flowed to almost every elected politician is not only inappropriate; it helps fund an ongoing attack on our democracy.

Many Americans say they have moved on with the January 6 attack. For those who haven’t, a good place to focus their attention is the ongoing threat to the Republic posed by politicians actively undermining it, and the money helping them do that.