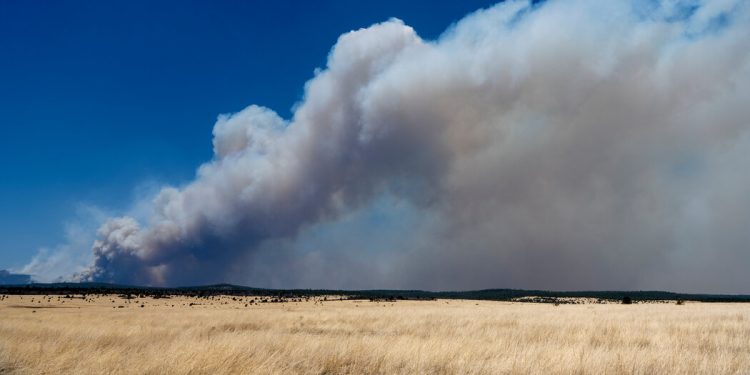 Due to the ongoing danger, county officials have been unable to provide a full breakdown of the number of buildings destroyed or damaged. But Joy Ansley, the county manager for San Miguel County, said it had destroyed 200 buildings before the Hermits Peak/Calf Canyon fire spread on Friday.

Eight other fires also burned across the state on Saturday. New Mexico is one of several states to experience wildfires this spring, fueled by high winds and drier conditions likely linked to climate change.

In Arizona, firefighters were extinguishing the Tunnel Fire, which had burned 19,075 acres in the central part of the state near Flagstaff, according to InciWeb, a government website that tracks wildfires. The fire was 92 percent under control on Saturday night.

About 100 miles southwest of that blaze, the Crooks Fire near Mount Union had burned more than 9,000 acres and was 38 percent contained, according to InciWeb. And in Nebraska, firefighters had 97 percent of the fire from Road 702, which had burned about 44,000 acres, according to the Nebraska Emergency Management Agency.

Roger Montoya, a New Mexico state representative whose district includes three counties currently affected by fires, spent time last week with a team delivering food and supplies to residents who had not yet left. Some are without electricity, he said.

“There is a reluctance for individuals to leave their homes,” he said.

Samuel Coca, the general manager of a bar at the Castañeda Hotel in Las Vegas, NM, said he had three vehicles full of stuff in case he and his family had to leave.

As the fire increased Friday, and the number of people left their homes, his bar began offering free dinner buffets to firefighters and evacuees. Many people left the house with the clothes they were wearing and not much else, he added. 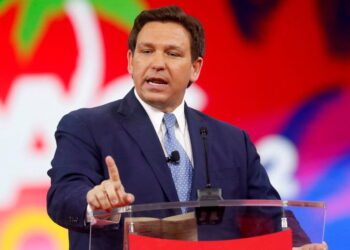