‘Ahed’s Knee’ review: a filmmaker’s death terror in the desert 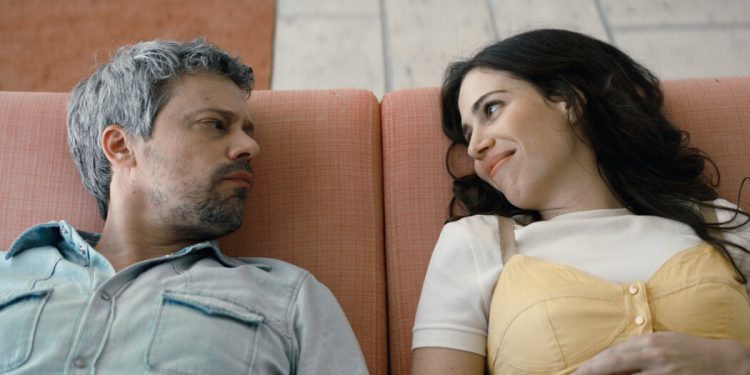 “Ahed’s Knee” is the fourth feature film by Israeli director Nadav Lapid. The first three – “Policeman” (2014), “The Kindergarten Teacher” (2015) and “Synonyms” (2019) – are social critiques in their different ways. They focus on what Lapid sees as the political, moral and spiritual failings of modern Israel, focusing on characters whose personal torments reflect the national crisis.

Although the themes are the same, this movie is different. It is a howl of anger. The person crying isn’t exactly Lapid, but someone who could easily be mistaken for him: a filmmaker in his 40s working on a project called ‘Ahed’s Knee’. There are other biographical details that associate this guy, known only as Y (and played by the ragged charismatic Avshalom Pollak), with his creator. He is in close contact with his mother, who works with him on his films and who dies of lung cancer. Lapid’s mother, Era, who died of that illness in 2018, was his regular editor.

The plot of “Ahed’s Knee” stems from a professional conflict that actually happened to Lapid. (Y’s project is based on a more public event: a much-discussed confrontation between Ahed Tamimi, a Palestinian teenager, and Israeli soldiers in 2017.) There is no doubt that this is a personal film in several ways. But that doesn’t mean the character is simply the author’s mouthpiece; one of the things that gives this film its raw, unbalanced energy is the indeterminacy of the distance between them.

Y has a habit of standing too close. This becomes apparent when he meets Yahalom (Nur Fibak), a young woman who has organized a screening of one of his films. She is a big fan of his work, and also an employee of the Ministry of Culture, obligations that do not quite match. The immediate, unnerving intensity that develops between them is both an omen and a deception. Will this be the story of a troubled artist who finds a new muse, or maybe a #MeToo parable about male rights going wild?

Both seem plausible, but what’s happening is more troubling. Y’s film is shown in a public library in a village in the Arava, a sparsely populated, austerely beautiful desert area in southern Israel. Y, who (like Lapid) is from Tel Aviv, has never been there. The strangeness of the landscape and the scorching heat may add to his emotionally unstable state, but what pushes him to his limits is a document Yahalom asks him to sign. It’s a list of approved topics for his post-screening speech, and a promise he’ll stick to it.

Is this a bureaucratic formality or a sign of creeping fascism? Yahalom’s request seems to confirm Y’s darkest suspicions about Israel’s drifting away from democracy and cultural vitality, a brooding, passionate pessimism that will be familiar to anyone who has seen Lapid’s previous films. Unlike other politically minded Israeli filmmakers, he does not focus on the Palestinian conflict or the simmering culture war between Israel’s secular and religious citizens. When these issues come up, they appear as symptoms of a greater, less easily defined malaise involving the sacrificing of Jewish ethical standards, political ideals, and intellectual traditions on the altars of power and materialism.

There’s something very conservative about this stance, even though Lapid’s loyalties – and Y’s – are clearly on the left. Perhaps the difference between the two directors is that Lapid exhales his despair by making a film – with beautiful, hallucinatory shots of the Arava and slivers of comic absurdism – while Y throws a tantrum, alienating his audience and humiliating his biggest fan.

Or: The real-life filmmaker retreats into his art, while his fictional counterpart is bold enough to create a scene, hurt feelings, and potentially risk his own comfort and career. Neither asks to be considered a hero. Y, on a dating app during the pre-screening reception, brags to a potential companion that he won an award at the Berlin Film Festival. There, “Synonyms” was awarded the Golden Bear. The privileges accorded to artists can always be used against their art, and so can their personalities. It’s possible to get to the end of “Ahed’s Knee” with just one question in mind: What’s this guy’s problem? The answer is complicated, because it’s not just one man’s problem. 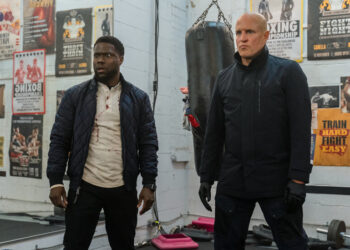 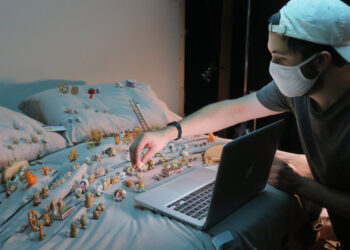 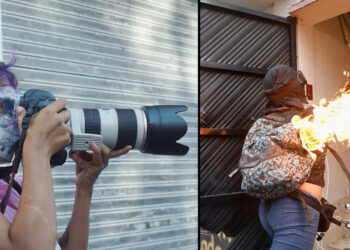