Al Pacino on ‘The Godfather’: ‘It took me a lifetime to accept it and move on’ 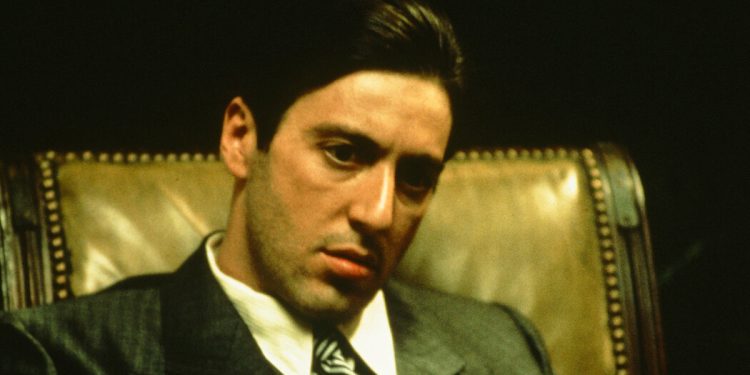 When did you and Coppola meet?

To give a little history to it, Francis was this filmmaker who had Zoetrope [his production company, American Zoetrope]and people like Steven Spielberg and George Lucas and [Martin] Scorsese and [Brian] The Palma were all part of a group. And I remember seeing some when Francis asked me to come to San Francisco after seeing me in a Broadway play. Do you know that story? I now tell old stories. [Laughs]

That is good. That’s why we’re here.

He saw me on stage [in the 1969 Broadway run of “Does a Tiger Wear a Necktie?”] but i never met him. He had written “Patton” by then and he sent me a script for a beautiful love story he wrote [which was never produced]† He wanted to see me. That meant getting on a plane and going to San Francisco, something I wasn’t used to. I thought, is there another way to go? I can’t tell this man to come all the way back, can I? So I said I took the plunge and I went. I spent five days with him. It was really special, this movie. But of course we were rejected. I was an unknown actor and he had made a few movies, “You’re a Big Boy Now” and “The Rain People”. So I went back home and never heard from him again.

But you eventually did. When was that?

“Panic in Needle Park” hadn’t come out yet. And I got a call from Francis Coppola – a name from the past. First, he says he’s going to direct “The Godfather.” I thought, well, he was going to have a mini breakdown or something. How did they give him “The Godfather”?

You didn’t think it was possible for him to make it?

I have to tell you, it was already a big problem. It was a big book. When you’re an actor, you don’t even set your eyes on those things. They don’t exist for you. You’re in a certain place in your life where you won’t be accepted in those big movies — not yet, at least. And he said, he didn’t just direct it, [breaking into laughter] but he wanted me to do it. I’m sorry, I don’t want to laugh here. It just seemed so outrageous. Here I am, talking to someone I think is crazy. I said, what train am I on? OKAY. Humor the guy. And he wanted me to do Michael. I thought, okay, I’m going with this. I said, yes, Francis, good. You know how they talk to you when you slip? They say, “Yes! Naturally! Yes!” But he wasn’t. It was the truth. And then I got the part.

Paramount famously opposed the idea of ​​you playing the part.