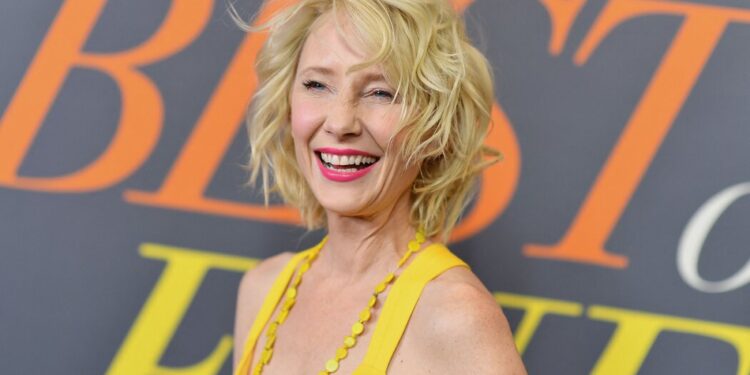 Actress Anne Heche remained in a coma and was not expected to survive the injuries she sustained in a car accident last week, according to a statement released Thursday evening by her publicist on behalf of her family and friends.

Ms. Heche, 53, was seriously injured on Aug. 5 when the Mini Cooper she was in crashed into a home in the Mar Vista neighborhood of Los Angeles, authorities said. She suffered a serious anoxic brain injury and was treated at the Grossman Burn Center at West Hills Hospital, the family statement said.

“It has long been her choice to donate her organs and she will be kept on a ventilator to determine if they are viable,” the statement said.

The crash set off a fire that took 59 firefighters more than an hour to extinguish, the Los Angeles Fire Department said. Ms. Heche was the only person in the car, authorities said.

On Monday, another representative, Michael A. McConnell, told Reuters that Ms Heche had not regained consciousness shortly after the accident.

In 1991, Ms. Heche won a Daytime Emmy Award for Outstanding Younger Actress in a Drama Series, for playing good and bad twins in the NBC soap opera “Another World.”

She starred in several popular Hollywood movies in the late 1990s, including “Donnie Brasco,” “Wag the Dog,” and “Six Days Seven Nights.” She continued to play television roles, including in “Men in Trees” in 2006 and “Hung” in 2009, and performed on Broadway, starring in “Proof” in 2002 and “Twentieth Century” in 2004.