Ari Wegner: a cameraman who knows actors down to the eye 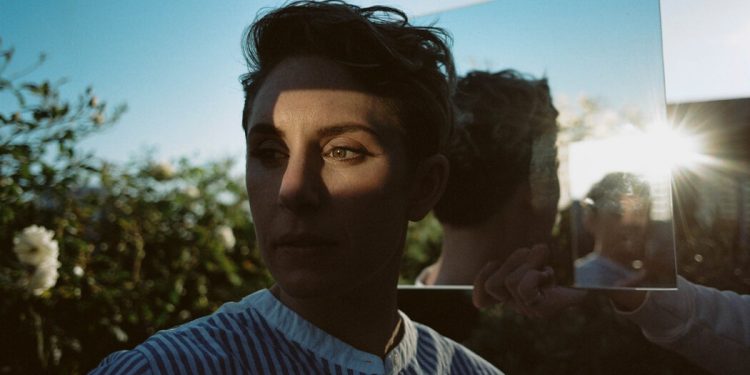 LOS ANGELES — Ari Wegner discovered filmmaking as an art form — and a potential career — late in high school. The cinematographer of ‘The Power of the Dog’, who may become the first woman to ever win an Academy Award in the category, grew up in an art-filled world in Melbourne, Australia, with a father who was a painter and visual artist and a mother who was ‘super creative’. Art and architecture filled their home. Movies, not so much. That changed when Wegner’s media teacher showed her some short films by renowned filmmakers.

Suddenly a new world opened up to her.

Which short resonated the most? It was Jane Campion’s 1983 Passionless Moments, a compendium of everyday awkward and embarrassing moments that earned the filmmaker a nomination from the American Film Institute before making her first feature film.

“It really had an impact on me. It felt possible,” Wegner said in an interview last month. The 37-year-old filmmaker was in town for an extended stay and planned to travel back and forth between Los Angeles and London in the final month of her Oscar tour. “Maybe it was something with the Australian accents or it was made by a woman. I could see the elements in it and it felt like an exciting thing to try versus a ‘How do you even do that?’”

So Wegner, already a budding photographer obsessed with storytelling, turned her attention to the different types of cameras. Film school was followed by years on the independent scene. The 2016 ‘Lady Macbeth’, starring Florence Pugh, first brought her to Sundance. Then she shot “Zola” for Janicza Bravo.

But it was a moment of kismet in 2018 when her phone rang: it was Campion asking what she was going to do for the next two years. The women had met years earlier on a commercial job at an Australian bank. It was only two days, but Wegner said they clicked and shared both a similar aesthetic and an obsession with preparation.

Campion calls the two “swots,” the British term for a wonk, and an appropriate term for the couple who spent an entire year preparing “The Power of the Dog.” (On average, a production will spend four to eight weeks in official pre-production, with the cameraman often coming on board after the sets are created and the locations chosen.) With New Zealand’s South Island doubling for Montana in the 1920s, Wegner brought For months, explores the rugged landscape of the state where the story of bullying rancher Phil Burbank, his intimidated sister-in-law Rose, and her dark horse son, Peter, is set.

The cameraman learned everything from vegetation and rock types to the annual cycle of animal husbandry and fence wire technology. She and Campion also spent months scouting locations and then, just as pre-production officially started, Campion rented the two a house near the ranch they were filming. They spent every morning “talking and drawing” with “lots of cups of tea and toast” in what Wegner calls “a low-pressure game.”

Every afternoon they went to the sets as they were being built to see if their ideas could be translated to the physical world.

“There’s something really special that unlocks when you have a year, because you can really go through concepts of ideas,” Wegner said. “The idea is to be super prepared so that you really have complete freedom on the day. All worries about how we’re going to do it are gone. You can really play and do whatever you want once you have a backup plan.”

Wegner was both energized by the trial and terrified. “You don’t want to be the DP” – director of photography – “of the only Jane Campion movie that didn’t look good,” she said with a laugh.

It was that attention to detail that Campion appreciated. “If we have a problem to sort out, we just keep going until we find it,” the director said in an email. “It’s incredibly reassuring to know that your director of photography is so committed to the project.”

Wegner’s work on the subversive western has already received widespread recognition. The British Society of Cinematographers made her the first woman in the organization’s 73-year history to win the top prize. She was also a BAFTA nominee and won an award for best cinematography at the Critics Choice Awards on Sunday night. Should she win the Oscar, she will become the first woman in the academy’s 95-year history to win the award. (The “Mudbound” director of photography, Rachel Morrison, was the first woman to be nominated in the category in 2018.)

Mashable critic Kristy Puchko, who mistook Wegner for a man, calls her work “searching,” adding, “His closest close-ups grapple with their subjects, refusing to be shut out of the most secretive emotions. His long shots linger, inviting us to take in the beautiful yet hostile environments that surround this fraught family, illustrating how vulnerable they are through contrast.

For Wegner, who often receives emails forwarded by her agent to “his” availability, it’s all very personal. She said she often cried into the camera’s eyepiece while shooting. On “The Power of the Dog” it was Kirsten Dunst’s performance that moved her, most notably when she chases Phil (Benedict Cumberbatch) and Peter (Kodi Smit-McPhee) as they drive off together. “She’s in such a state of despair,” Wegner said.

Wegner spoke of the strange one-way intimacy that occurs between filmmakers and the actors who film them. “You get to know their faces and their bodies in a way that’s so private and intimate,” Wegner said, comparing it to how a parent knows a child or a lover knows a partner.

“I know when they turn their heads this way, what the lash will look like,” she added. “I know if I tilt the camera down, I’m going to see that scar or that mole or that little bit of their ear that does that. You feel very connected, protective, sometimes even motherly.”

The culmination of Wegner’s close relationship with Campion is seen in Cumberbatch’s solo scene in a willow clearing when he interacts with his respected mentor Bronco Henry’s scarf, a memento he keeps hidden in his pants. The intent of the moment was to keep it unplanned, scare away extra crew, and turn the afternoon into a three-person effort led by Cumberbatch.

Wegner, according to Campion, gave Cumberbatch two physical areas where he could move, she would follow him, and Campion would whisper different instructions. Wegner said they turned the camera on for hours, turning the trio into a “symbiotic, strange creature.”

“Ari seemed to be in sync with Ben, able to even anticipate his movements, and nature conspired to help by pulling down a cascade of willow leaves while Ben held the silk handkerchief up to the light,” Campion said. “I felt the extraordinary privilege of seeing something unimaginable and deeply personal there – the full shot of Ari’s camera in Ben.”

Morrison, for example, is impressed by the range of Wegner’s work, from the frenetic pace and saturated gaze of “Zola” to the languid, austere shots of “Power of the Dog”.

“I like that you don’t necessarily look at one image, one movie and think, ‘Oh, well, that’s an Ari Wegner movie,'” said the cameraman, who recently met Wegner in person. Where will Wegner’s career go? Morrison is excited to find out.

“I expect it to be a good script,” Morrison said. “I think she seems to have a consistent tendency to tell interesting and unique stories, stories that made her feel inspired, rather than ever making it a day job.”