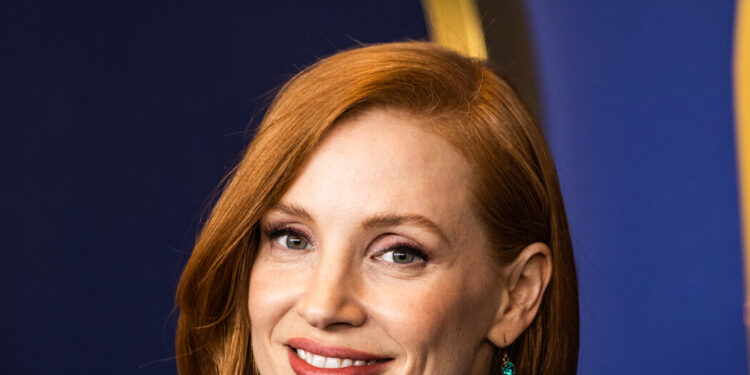 There’s nothing like a big cameo in the second half of a movie to get a wilted festival crowd back into their seats. On Friday at the Cannes Film Festival, I watched “EO,” an art film about a Polish donkey who somehow, in its final act, gives way to a psychosexual cameo from a cutlery-throwing Isabelle Huppert. (When it comes to cinematic shocks, Huppert made for a very welcome espresso shot.)

Still, the cameo that drew the most attention came to the Croisette during the Thursday night premiere of “Armageddon Time,” James Gray’s new movie (“The Immigrant,” “Ad Astra”) about a troublesome 11-year-old from Queens named Paul. whose parents (Anne Hathaway and Jeremy Strong) decide to send him to private school. On his first day at the stern institution, Paul encounters the Trump family: Donald’s father, Fred Trump (John Diehl), is there to introduce the students to Donald’s sister Maryanne, an assistant US attorney who will speak at their meeting.

There were murmurs from the Cannes crowd as the film revealed who would play Maryanne: Yes, that was our newly crowned Oscar winner for Best Actress Jessica Chastain, who wore stiff hair, large gold earrings and a purple bow tie for her monologue. lecturing the private school kids on the evils of handouts and the merits of hard work.

“I think I did appear in Cannes this year”, tweeted Chastaina regular at the Croisette whose appearance in the film had not yet been announced.

At the “Armageddon Time” afterparty, I asked Gray how the cameo came about. Much of the film is based on the director’s own childhood, including Maryanne Trump’s incursion, who made such a memorable impression on Gray and his brother that both men, as adults, were able to memorize almost the entire speech.

“I wanted someone to play her famous, amazing and memorable,” Gray said. “It’s only one scene, but I wanted the person to feel important, not just for the kids, but also for the audience. I wanted someone who could say, ‘I’m the voice of authority, I tell you I’ve worked hard,'” he added, even though she was “born on third base”.

When “Armageddon Time” was first announced, Cate Blanchett was linked to play Maryanne Trump, although Covid-related delays led to a lineup reshuffle, which at one point included Oscar Isaac and Robert De Niro. Still, Maryanne Trump’s small role turned out to be the hardest to cast.

“How did it become Jessica? I was trying to think of a great actor who could fill that space for one scene, and there aren’t many, you know?’ said Gray. But while Chastain was at the Venice Film Festival last year — where her red carpet cuddling with Oscar Isaac for “Scenes From a Marriage” caused a minor online sensation — Gray threw her the cameo, and she said she’d love to do it.

Shooting was completed late last year and the demanding post-production came to an end when Gray traveled to France for the premiere. “I flew the DCP here two days ago and there are still visual effects to complete,” he said, referring to the Digital Cinema Package used with screenings. In the hours leading up to the premiere, “I had a mix of anxiety and satisfaction that I actually got the thing done on time.”

After the film was revealed, Gray burst into tears in the middle of a standing ovation. He has been to Cannes several times with his films. What felt different this time?

“Maybe it’s a product of aging,” said Gray, 53. “You start to appreciate things you used to take for granted. It’s a movie theater here, so when you get that reaction, embrace it.”

Well, within limits. Although Gray said he felt “incredible relief” after the premiere, the next day’s press duties forced him to call it a night.