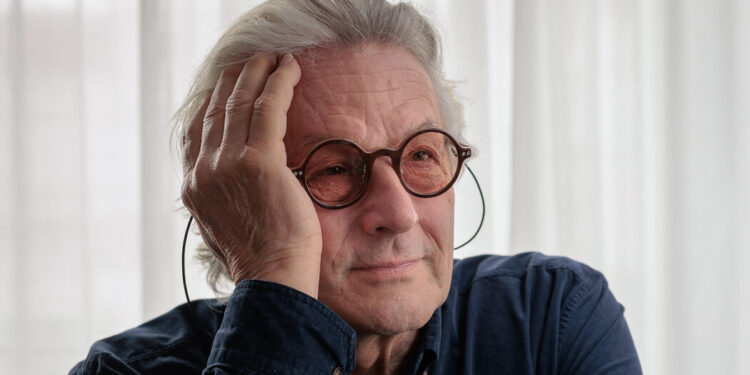 Miller wrote the script with his daughter, Augusta Gore; his wife, Margaret Sixel, edited the film. She has edited several of his other films and won an Oscar for ‘Mad Max: Fury Road’. Miller clearly enjoys creating in a family setting and has worked repeatedly with a number of crew members, including the cinematographer John Seale, who has recorded “Three Thousand Years” and “Fury Road”. Miller has worked with one of his associates, Guy Norris, for 41 years; Norris was the stunt coordinator of “The Road Warrior” (aka “Mad Max 2”) and is the director of the second unit in “Furiosa”.

Norris has a special place in ‘Mad Max’ history because of an accident he had while driving a stunt car for ‘The Road Warrior’. One of the hallmarks of the “Mad Max” series is the elegantly choreographed, seemingly gravity-defying practicality stunts, and this one involved Norris driving two other vehicles and then into a ditch. Things didn’t go as planned and he flew the wrong way through the air, missing his high-tech cushioning (a pile of cardboard boxes) and seriously hurting himself – ouch† In the video of the accident (it’s available online), you can see that Miller was one of the first to race to Norris’ side. You can expect that from any decent person, except that the visibly concerned filmmaker was also a doctor in this case.

Miller, who grew up in a small town in Queensland, Australia, attended medical school with his brother John. (They have two other brothers.) Miller has been a movie buff since childhood and made his first film, a short while, while he was in school. By the time he made his first feature film, a low-budget marvel called “Mad Max,” he was a doctor. His day job came in handy, he explained, because every time production ran out of money, he worked as an emergency doctor to earn money. He practiced for about ten years, but finally stopped when he made “Road Warrior.” Filmmaking, he thought, “was really interesting to do, but there was no real career.”

He and his former production partner Byron Kennedy (who died in 1983) had created “Mad Max” from what Miller describes as “pure curiosity.” As Miller talks, it’s clear that curiosity continues to be a driving force for him. One particularly beautiful story he shares hinges on a lecture given at school by the architect and designer Buckminster Fuller. “He synthesized so much that was loosely rumbling through my head,” said Miller, who was struck by Fuller’s comment, “I’m not a noun, I seem to be a verb.” Suddenly Miller wasn’t a medical student, he was just studying medicine – which set him free.

Since then, Miller has taken up photography and movement. He too is a verb, I think, not a noun, and shows no sign of stopping. When I heard him spin story after story, I suddenly thought I knew why he wasn’t reading fiction – or at least I thought I did, so I asked if his fantasy flooded his head, leaving no room for others’ stories. “Certainly,” he said. “When I walk down the street, there’s a story or something in my head. As I’ve often told my family, ‘If I’m the guy in the nursing home in a wheelchair staring at the ceiling, there’s probably some sort of story going on.’”