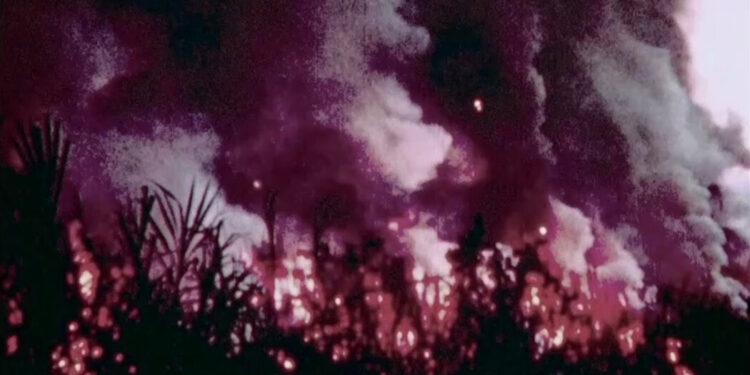 Hawaii has played paradise in countless movies, but the islands’ history hasn’t always been picture-perfect. Anthony Banua-Simon’s illuminating documentary “Cane Fire” (now in theaters) shows how the lives of the Hawaiians have been shaped by the powerful plantation and tourism industries, as well as the United States government, over more than a century.

Banua-Simon grew up in Washington State and had family on the island of Kauai. He had felt like an outsider, but he continued to be drawn to images of the island. In his film, he goes behind the kitsch, contrasting clips from Hollywood films and interviews with family members, activists and newcomers to the island. (The title comes from a 1934 melodrama shot on Kauai, directed by Lois Weber.)

I spoke with Banua-Simon about Kauai’s conflicting history and how displacement is a matter of both real estate and public image. This interview has been abridged and edited.

What were the family ties that inspired the film?

I had just finished a short documentary called ‘Third Shift’, about the Domino Sugar Refinery in Brooklyn, and I was doing more research on the global sugar trade. I knew my family in Hawaii was involved, but I didn’t know that my great-great-grandmother worked in the sugar fields in Puerto Rico, extracting the raw product to be refined at Domino Sugar. She eventually emigrated from Puerto Rico to Hawaii, and my family story continued there with her daughter meeting my great-grandfather, Alberto, who immigrated from the Philippines.

So I grabbed my camera and went to spend time with my great-uncle, Henry. He started out in the pineapple cannery and drove a truck for the sugar plantations, and when tourism and Hollywood came up, he was an extra crew member. He was also involved with the ILWU, Hawaii’s strongest union, which represented sugar and pineapple workers. It was transformative for creating affordable housing from the existing plantation structure. So I was proud of my family’s resilience and strong characters.

What role did Hollywood play in Kauai’s history?

I watched every major Hollywood movie produced on the island. I’ve broken it up in the style of Thom Andersen’s “Los Angeles Plays Itself,” in which he has the categories of Los Angeles as a character, Los Angeles as a background, and Los Angeles as a subject. I found that there was a very deliberate PR campaign by the “Big Five” from the 1930s [five prominent corporations in sugar and other industries]† They were criticized for their labor practices and so they helped nurture the idea of ​​the South Sea fantasy. Taking tourists to the island on steamships and influencing newspaper articles and radio broadcasts, they teamed up with MGM to create these light fantasies.

Then the US got involved in creating military outposts [in the area], and they were focused on selling the idea of ​​statehood, involving tourism and pro-military productions. So [in 1952] you have John Wayne in “Big Jim McLain” taking on the communists [in Hawaii]† In the 80s and 90s there is a celebration of wealth and luxury and the idea that there is harmony in the islands, that there is no conflict, even though the struggle for land and power has always been different in Hawaii.

The first Hollywood production in Kauai [“Cane Fire”] was filmed on a sugar plantation while my great-grandfather, Alberto, was working in the adjacent pineapple canning factory. It may have been documented, but I don’t know because the film is officially lost. But I thought it was a good introduction to these parallel worlds of how Kauai was represented in Hollywood, and the material realities of island life.

What is the story of the defunct Coco Palms resort, where you follow activists occupying the country?

Coco Palms overlaps with Native Hawaiian history as it sits on the most sacred land on Kauai, where the kings and queens lived, and is home to several cemeteries and temples. The manager, Grace Guslander, loved pageantry and created a torchlight ceremony. She loved hosting celebrities, so she made placards with everyone’s name at the base of all the palm trees in the yard. So you walk by and see “Bob Hope”, but under these signs are the remains of Native Hawaiians.

Native Hawaiian activists began to restore the space and hold ceremonies, and it ended with them being forcibly ejected. But the new developer who came in defaulted on his loan. Now the room looks deserted again. The latest development is that a nonprofit Mark Zuckerberg is trying to buy the property as something of a cultural center.

You’ll also show how complex history is for locals who earn their living in the tourism industry, such as “Uncle” Larry Rivera, the musician.

For him, it’s a total dream: a young man grows up on the plantation and gets to hang out with Bing Crosby and Elvis. He worked his way up, and he was able to be successful. But that’s a thing of the past, and he thinks these opportunities are still available to people my age or his grandchildren. It’s all tricky because whether it’s good or bad, it’s part of history. Elvis [who starred in “Blue Hawaii”] is part of history, and there is some conflicting nostalgia among the locals I spoke to. When they see a film that exoticizes this beautiful place where they live, it has an allure.

What is a movie that is true to the complexity of Hawaii?

It’s a little harder in the studio system than in independent films. People always had a funny relationship with “The Descendants,” the Alexander Payne movie, with its “white man’s last” plot — where Clooney suffers from the inconvenience of being a landowner in Hawaii. I really like Christopher Yogi’s movies: “August at Akiko’s” and “I Was a Simple Man.” He uniquely creates his own language for his experience of living in Hawaii. 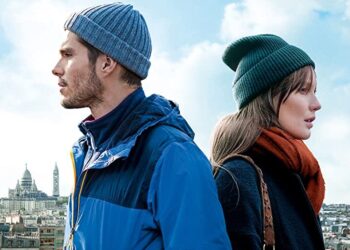 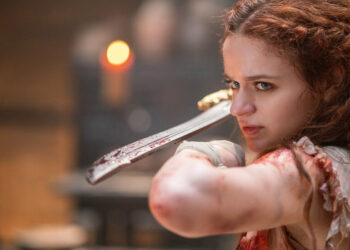 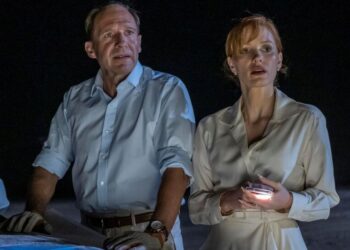