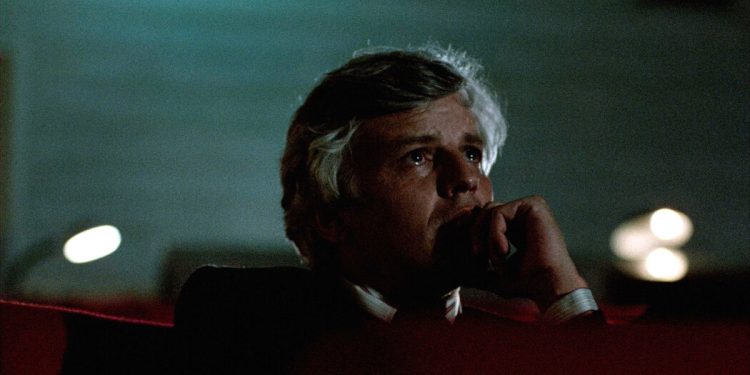 Jacques Perrin, a graceful and mild-mannered French veteran – he didn’t smoulder so much as a twinkle – who went from starring in musical and dramatic films to directing and producing them, most notably Costa-Gavras’ political thrillers and his own poetic documentaries about the natural world, died on April 21 in Paris. He was 80.

His son, Mathieu Simonet, confirmed the death. No reason was given.

Mr. Perrin was a lonely and brave teenager in the Italian melodrama “Girl With a Suitcase” (1961), in which he tries to rescue a maddened beauty, played by Claudia Cardinale, who has been dumped by his sulk from an older brother.

He was a dreamy sailor in Jacques Demy’s “The Young Girls of Rochefort,” a dazzling, candy-colored 1967 French musical (now considered a camp classic) starring Catherine Deneuve and her sister, Francoise Dorléac, as twins. who was looking for love and finding with Mr. Perrin, his hair bleached like straw (and it kinda looks like a young David Hockney) and Gene Kelly. (Mrs. Dorléac died in a car accident shortly after the film was made.)

That same year, Mr. Perrin and Natalie Wood as chaste young lovers whose elders urged them to continue in ‘All the Other Girls Do’, an Italian farce.

Perrin went on to play an opportunistic photojournalist who discovers his conscience in ‘Z’, a 1969 political thriller by the Greek-born director Costa-Gavras. Mr. Perrin also produced the film, a feat of “accounting acrobatics,” as he put it, as no one else would touch the film. (It’s about the real-life murder of a Greek politician.) In total, Mr. Perrin appeared in some 100 films and produced nearly 40.

However, he was best known to American audiences for his role in “Cinema Paradiso” (1988). He played Salvatore, a weary film director who was once a wide-eyed 8-year-old nicknamed Toto. In flashback, Toto can be seen captivated by the films he watches in a theater in a small post-war Sicilian village and under the wings of the father figure Alfredo (Philippe Noiret), the philosophical film operator who cuts out the mischievous pieces – the screen on the screen kisses – on the orders of the village priest.

The final scene was a humdinger: Mr. Perrin, beautifully weeping in a darkened theater, once again captivated. Critics were dry, but audiences were not, and it was a huge success, winning numerous awards, including the Oscar for Best Foreign Language Film and a Golden Globe.

Perrin played a similar role in “The Chorus” (2004), which he also produced, about orphaned boys at a grim boarding school who are rescued by a singing teacher who helps them form a choir. It was also a hit, at least in France, inspiring a frenzy of amateur singing, much like “High School Musical” did a few years later in the United States. In an interview with DailyExpertNews, Perrin described “The Chorus” as “a fragile and precious film about childhood memories.”

Other films were less successful. He produced and starred in ‘The Roaring Forties’, a 1982 drama about a sailor on a non-stop solo race around the world, based on the true adventures of Donald Crowhurst, a British sailor who disappeared while on a solo cruise in 1969. Although Julie Christie, an otherwise reliable box-office puller, his opponent, did the film so badly—a “shipwreck,” as Le Monde put it—that it took Mr. Perrin 10 years to pay off the debt he had accumulated during making it.

“He worked on what interested him,” Simonet, who is also an actor, director and producer and often collaborated with his father, said in a telephone interview. “It was not his intention to make blockbusters, even though some of his films have become blockbusters. He was risking his life the whole time. He followed his dreams, without limit.”

Jacques André Simonet was born on July 13, 1941 in Paris. His father, Alexandre Simonet, was the manager of La Comédie-Française, Paris’ centuries-old state theater; his mother, Marie Perrin, was an actress and Jacques took her surname as his stage name. He left school at the age of 15 and worked as a grocer before studying at the Conservatoire National Supérieur d’Art Dramatique.

In addition to his son, he is survived by his wife, Valentine Perrin, who has also produced films; their sons, Maxence and Lancelot; and a sister, Janine Baisadouli. His first marriage, to Chantal Bouillaut, ended in divorce.

Perrin, an avid environmentalist, made hypnotic films about the natural world. “Microcosmos” (1996), is all about insects. “Oceans” (2009) dives underwater. “Winged Migration” (2001) takes to the skies as it follows a year in the lives of migratory birds such as cranes, storks and geese, as they fly thousands of miles across 40 countries and all seven continents. In The Times, Stephen Holden called it “a sweeping global tour from a bird’s eye view.”

“Winged Migration” was shot under extraordinary circumstances over three years, with 14 cinematographers flying the birds in ultralight aircraft built for that purpose. Balloons, remote-controlled gliders and other devices were also used to film among the birds, half of which were trained at Mr Perrin’s home in Normandy.

These birds were exposed to and imprinted with the aircraft as chicks – as Konrad Lorenz, the Austrian zoologist and ornithologist, once famously discovered, chicks will become attached to the first large moving object they encounter – so that once they are on the run, the crews could accompany them, as members of the herd.

“Birds don’t normally fly next to airplanes, nor can they be trained as circus animals,” Patricia Thomson wrote in 2003 in American Cinematographer magazine.† †So Perrin started what would become the biggest imprinting project ever. More than 1,000 eggs — representing 25 species — were raised by ornithologists and students at a base in Normandy, where Perrin also rented an airfield. During incubation and early life, the chicks were exposed to the sound of motor engines and the human voice, after which they were trained to follow the pilot — first on foot, then in the air. These birds would be the protagonists, the heroes of flight. The rest of the footage would be of thousands of wild birds filmed in their natural environment.”

Mr. Perrin wanted moviegoers to feel like the birds and to feel, as Mr. Simonet said, that they could touch them.

The microlights were not easy to fly, Mr Perrin told James Gorman of The Times. Two crashed, leaving the pilot and cameraman slightly injured; no winged creatures were hurt.

“Sometimes at 10,000 feet, a bird would land on a cameraman’s lap and had to be pushed away with one hand while holding a heavy 35-millimeter film camera in the other,” wrote Mr. Gorman. “One rule was absolute: filmmakers with a fear of heights don’t have to apply.”

The film’s scientific advisors were so moved by the experience of flying the herds that many burst into tears when they landed.