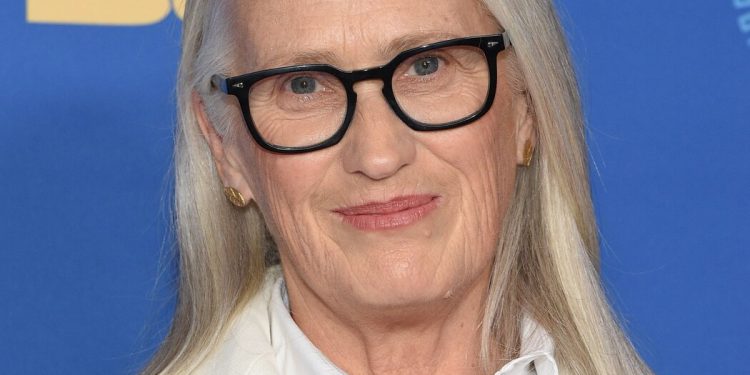 BEVERLY HILLS, Calif. — The Directors Guild of America awarded its top prize in feature film directing to Jane Campion on Saturday night for “The Power of the Dog,” making her the third woman to ever receive the award. Her win also marks the first time in DGA history that women have won the award in consecutive years, after Chloé Zhao took home the award in 2021 for ‘Nomadland’.

“I’m here because I think it’s important for women to have voices, and I’m so excited about the next generation of filmmakers,” Campion said at the ceremony at the Beverly Hilton in Beverly Hills.

Earlier in the evening, Campion spoke about how improbable the dream of directing seemed when she was a 7-year-old girl, and about her hopes that a new generation of female filmmakers could continue to inspire. “We’ve come this far, and more importantly, we’re never going back,” said Campion.

Campion is considered the frontrunner for the Academy Award for Best Director since “The Power of the Dog” earned a whopping 12 nominations. Her DGA Award only bolsters those chances, as the Guild winner has won Best Director Oscar 13 of the last 15 times.

Steven Spielberg, the most honored filmmaker in DGA history with 12 nominations and three wins, was also in the running for “West Side Story” this year; he and Campion first faced each other in 1994 when she was nominated by the DGA for her breakthrough film ‘The Piano’ and he won for ‘Schindler’s List’. This year’s other nominees were Paul Thomas Anderson (“Licorice Pizza”), Kenneth Branagh (“Belfast”) and Denis Villeneuve (“Dune”).

In other news, it also marked the first time in DGA history that both the feature film and the first filmmaker race were won by women, as Maggie Gyllenhaal triumphed in the latter category for her debut, “The Lost Daughter,” over a conflicted mother played by Olivia Colman.

“Listen, I’ve seen so many incredible movies made by men,” she said. “I grew up learning that language until I was 15 years old and I walked into the movie and saw ‘The Piano’. I had never seen anything like it. It changed me.”

Gyllenhaal added: “I know my film is in an unusual language and I appreciate the effort you all have taken to learn it.”

Feature: Jane Campion, “The Power of the Dog”