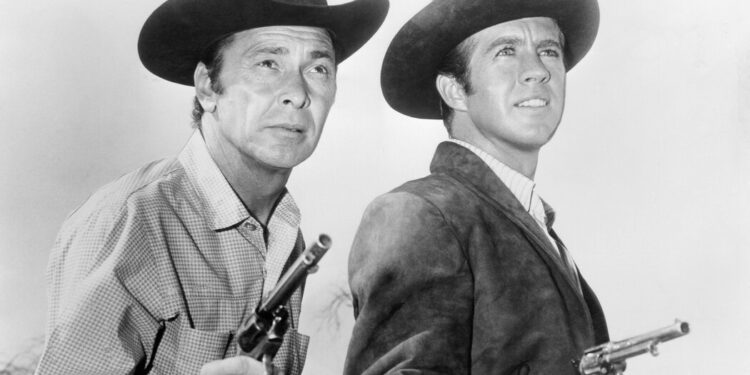 Clu Gulager, a gritty character actor who appeared in critically acclaimed films such as “The Last Picture Show” and low-budget horror films, and who played memorable gunslingers in two television westerns, died Friday at his son John’s Los Angeles home. He was 93.

John Gulager confirmed the death. He said his father’s health had been deteriorating since he suffered a back injury several years ago.

Gulager’s rugged looks and Southwestern upbringing made him a natural for the westerns that appeared on television in the 1950s and 1960s. He was seen regularly in “Wagon Train”, “Bonanza”, “Have Gun – Will Travel” and other shows.

An appearance as the hit man Mad Dog Coll in “The Untouchables” in 1959 convinced writer and producer Sam Peeples to hire Mr. Gulager to cast. as the legendary outlaw Billy the Kid in “The Tall Man,” a television series he planned about Billy’s friendship with Sheriff Pat Garrett. (By most accounts, the title was a reference to Garrett’s honesty and candor, and to the show’s closing credits, where Garrett’s long shadow stretches out in front of him.)

“He’s exactly what we were looking for, an actor with a flair for the unusual,” said Mr. Peeples in a TV Guide profile of Mr. Gulager shortly after the show first aired in 1960. “He gives Billy a certain psychological depth.”

The friendship between the cop (played by Barry Sullivan) and the gun smuggler was fictional and highly exaggerated throughout the show’s 75 episodes; many historians believe that Sheriff Garrett shot and killed Billy in 1881. Their fatal meeting never happened during the show, which ended abruptly in 1962.

Gulager played a more legitimate character in “The Virginian,” the first of three 90-minute western series, starring James Drury and Doug McClure. Mr. Gulager’s character on the show, Emmett Ryker, was introduced in the show’s third season when a rich man tried to hire him to kill a farmer. Although he refused to be a hit man, he was charged with murdering the man. After clearing his name, Ryker channeled his penchant for violence in the service of the law.

In Mr. Gulager’s first scene, Ryker was typically imperturbable. He walked into a saloon and within moments a man got angry playing cards. Ryker aimed his gun at the card player before he could get up, ending the conflict.

Moments later, a sheriff’s deputy asked Ryker where he had learned to draw like that.

Mr. Gulager’s acting career, which lasted well into the 21st century, was not relegated to the frontier. He has appeared in non-Western TV shows, including “Alfred Hitchcock Presents”, “Knight Rider”, and “Murder, She Wrote”, and in several notable films.

He and Lee Marvin played hitmen in ‘The Killers’, a 1964 film noir directed by Don Siegel and based on a short story by Ernest Hemingway that also starred Angie Dickinson, John Cassavetes and, in what turned out to be his last film, Ronald Reagan.

In 1969, he played a mechanic in “Winning”, a movie about auto racing starring Paul Newman and Joanne Woodward. He played an elderly man having an affair with his lover’s beautiful daughter in “The Last Picture Show,” Peter Bogdanovich’s famous 1971 study of a fading Texas town.

He was also in more lowbrow style, such as the Keenen Ivory Wayans blaxploitation parody “I’m Gonna Git You, Sucka” (1988) and the horror films “The Return of the Living Dead” and “A Nightmare on Elm Street 2” (both 1985).

His film work continued well into his later years, including roles in the independent productions “Tangerine” (2015) and “Blue Jay” (2016). His last film appearance was as a bookseller in Quentin Tarantino’s “Once Upon a Time… in Hollywood” (2019).

Mr. Gulager left the cast of “The Virginian” in 1968 to focus on directing and teaching. (The show stayed on air until 1971, becoming the third longest-running western in television history, after “Gunsmoke” and “Bonanza.”) His directing career floundered after the 1969 short film “A Day With the Boys,” but he became a popular teacher and led a workshop focused on acting and directing horror films.

“I tell the young students in my class that what we do is just as important as the work of a man who grows the wheat, the doctor who saves lives, the architect who builds houses,” he said in an ABC press release before speaking. played the lead role. in the TV movie “Stickin’ Together” in 1978. “What we do, in our best moments, is providing humanity with food for the mind.”

William Martin Gulager was born in Holdenville, Oklahoma, on November 16, 1928. He often said he was part Cherokee; the name Clu came from “clu-clu”, a Cherokee word for the birds, known in English as martins, that were breeding at the Gulager house.

His father, John Delancy Gulager, was an actor and vaudevillian who became a district judge in Muskogee, Oklahoma, teaching him acting from an early age, long before graduating from Muskogee Central High School. His mother, Hazel Opal (Griffin) Gulager, worked at the local VA hospital for 35 years.

Mr. Gulager served in the Marines from 1946 to 1948 before studying drama at Northeastern State College in Oklahoma and Baylor University in Waco, Texas. He continued his education in Paris, where he studied with the actor Jean-Louis Barrault and the mime Etienne Decroux.

He married Miriam Byrd-Nethery, and they performed in summer stock and college theater. In 1955, both were in a production of the play “A Different Drummer” in the television series “Omnibus”. He continued acting in New York until 1958, when the Gulagers and their infant son, John, moved to Hollywood.

The wife of Mr. Gulager died in 2003. In addition to his son John, there are another son, Tom, and a grandson survivors.

John Gulager is a director of horror films, most notably the gory “Feast” (2005), starring Henry Rollins and Balthazar Getty. That film and its two ironic sequels also feature the older Mr. Gulager as a bartender with a shotgun battling monsters with teeth in a Midwestern tavern. The second “Feast” movie was even more of a family affair.

“You know, there are three generations of Gulagers in this movie,” John Gulager told the blog horror-movies.ca in an interview. One of them, named after Clu the eldest, was the grandson of Clu Gulager.

“He was 11 months old when we filmed it,” added John Gulager. ‘My father said, ‘We have to start Baby Clu’s career now.’ ”