The Russian filmmaker caught between Hollywood and Moscow 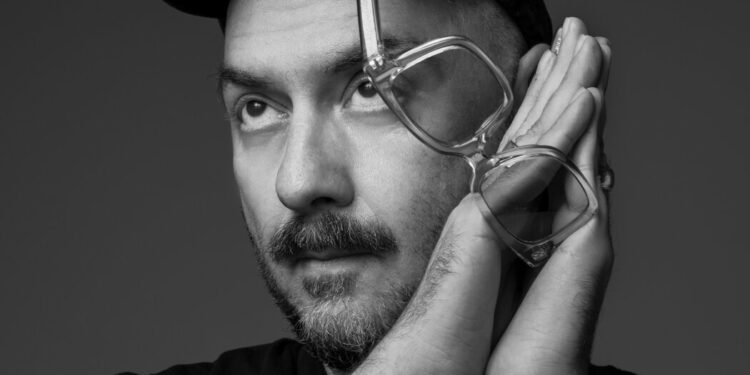 There was a time when Serebrennikov took advantage of the system that eventually turned against him. He moved from Rostov-on-Don to Moscow in 2001, when the state – and it’s hard to remember now – was only too happy to support the arts. Serebrennikov gave performances in Moscow’s biggest theaters for ten years and eventually caught the eye of Vladislav Surkov, a top Putin adviser who coined “sovereign democracy,” an unusual term for a system free of Western interference and democratic only in so far as its leaders allowed. . Surkov saw artists as a necessary tool in that attitude: both as evidence of Russia’s modernity and its cautious patience with free expression. In 2011, Serebrennikov was put in charge of Platform, a new federally funded arts festival, and a year later the Gogol Center, a sleepy theater that he transformed into a center for avant-garde performance. At the same time, he attended anti-Putin protests and staged an opera parodiing Kremlin politics. He even edited a novel Surkov wrote under a pseudonym, but turned it into a commentary on corruption.

When Putin returned to power in 2012, mass protests erupted across Russia. Putin demoted Surkov and gave the post of culture minister to Vladimir Medinsky, a nationalist who warned against art that conflicted with “traditional values.” That same year, members of the feminist punk group Pussy Riot were arrested and tried. Around this time, Serebrennikov made his first attempt at a Tchaikovsky biopic and was denied state support due to the homosexual themes in the script. (Serebrennikov has spoken out in support of Russia’s beleaguered LGBT community, and his film is about the composer’s hidden sexuality.) Instead, he got funding from Abramovich and released “The Student” in 2016, which featured the mockery. was driven with the country’s rising conservatism and religious hypocrisy. The following year, Serebrennikov was charged with fraud involving a $1.9 million state grant to Platform.

“I have not changed; the country has changed,” Serebrennikov told me. The director started noticing the propaganda machine against him when in 2014, over dinner with friends, he looked up and saw himself on the state news channel, among other top stories. “We turned up the volume, and it was literally: America is bad, the Olympics in Russia are good, and do we really need a director like that?” His friends looked at him as if he were a dead man. “You’re starting to understand that some dark clouds are starting to gather, but you have no idea why,” he said.

Serebrennikov was arrested in St. Petersburg, where he was filming “Summer,” a nostalgic look at the Soviet Union’s underground music scene. He entered his hotel room late at night and heard a knock at the door, assuming it was one of the crew members. Instead, it was six agents from the FSB, the Russian state security service, who took Serebrennikov in a van and took him back to Moscow for the eight hours. No one knew he was gone until the morning, when Stewart, his producer, asked the hotel manager to open Serebrennikov’s room and discovered that his bed had not been slept in.

In Moscow, Serebrennikov was sentenced to house arrest in his 474 square meter apartment pending trial. But the last third of the film had yet to be completed. After Serebrennikov’s lawyers asked the court to give him a daily breath of fresh air, Stewart came up with the idea of ​​rebuilding the film sets near Serebrennikov so that the director could use those walks every evening to drop by. Flash drives were then shoved under his door and Serebrennikov would watch the recordings and take notes. “If you think about it from a production perspective, this is a crazy way to make a movie,” Stewart told me.

Creatively, Serebrennikov’s house arrest was productive. He has directed two plays via Zoom, four operas and wrote five screenplays, including his next film, ‘Petrov’s Flu’. When he shot it in the fall of 2019, he was already on trial. The charges revolved around the use of loose change, which is a legal way to pay sellers, but in this case the state allowed it to claim that the director had embezzled the money. At one point, prosecutors claimed that a staging of “A Midsummer Night’s Dream” never took place, despite winning awards and traveling abroad. The hearings were in the morning, so Serebrennikov shot the film at night. “He actually didn’t sleep the whole shoot,” Stewart told me. Serebrennikov was convicted of fraud in June 2020. The following year, he was discharged from the Gogol Center.