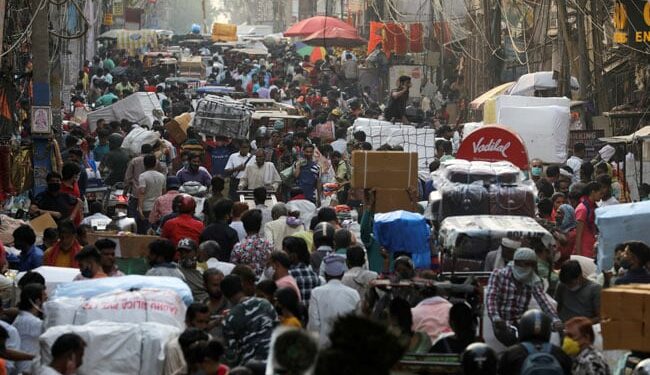 India is expected to grow 6.5 percent from 2021 to 2022, down from its 8.4 percent GDP forecast in the previous fiscal year, the United Nations (UN) has said, adding that while the economic recovery is set to “solid road” amid rapid vaccination progress, coal shortages and high oil prices could put a brake on economic activity in the short term.

The flagship United Nations World Economic Situation and Prospects (WESP) 2022 report has said India’s GDP is expected to grow by 6.5 percent in fiscal year 2022, down from its estimated growth rate of 8.4 percent. in fiscal year 2021.

Growth is expected to slow further to 5.9 percent in fiscal 2023, the report said.

GDP growth for the country is expected to slow to 6.1 percent in calendar year 2023, the report said.

The WESP report further noted that for India, robust export growth and government investment are supporting economic activity, but high oil prices and coal shortages could hold back economic activity in the near term.

“It remains crucial to encourage private investment to support inclusive growth after the recovery,” it added.

The report further noted that while still vulnerable, India is in a better position to navigate financial turbulence compared to its situation during the “taper tantrum” episode following the global financial crisis of 2008-2009.

This is due to a stronger external position and measures to minimize risks to bank balance sheets. In the medium term, scars from higher public and private debt or permanent effects on labor markets could reduce potential growth and the prospects for poverty reduction.

In India, inflation is expected to decline over the course of 2022, continuing a trend observed since the second half of 2021, when relatively subdued food prices offset higher oil prices.

However, a sudden and renewed rise in food inflation, due to unpredictable weather, wider supply disruptions and higher agricultural prices, could undermine food security, lower real incomes and increase hunger across the region.

In India, a deadly wave of infection involving the Delta variant between April and June 2021 stole 240,000 lives and disrupted economic recovery.

“Similar episodes could happen in the near future,” the report said.

It also noted the “important step” India has taken to commit to get 50 percent of its energy mix from renewable sources by 2030 and achieve net-zero emissions by 2070.