NATO won’t let Ukraine join anytime soon. This is why. 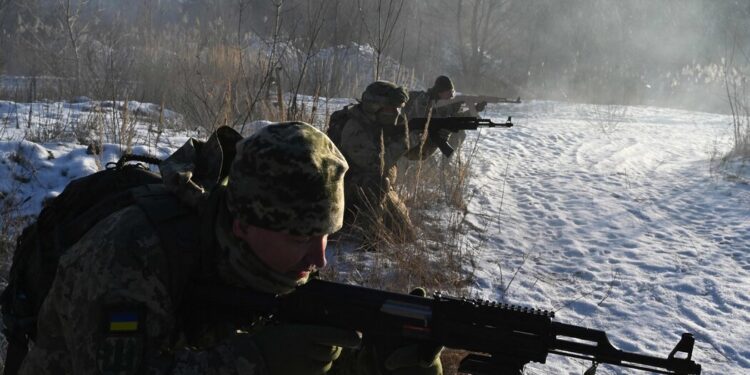 “The main objection would be: does such a move actually contribute to stability in Europe, or would it contribute to destabilization?” said Douglas E. Lute, a former US ambassador to NATO. “I think it is indisputable that there would be no consensus among the 30 members, even though all allies agree that Ukraine has the right to aspire to NATO membership.”

Stephen M. Walt, a professor of international affairs at the Harvard Kennedy School of Government, said that even in the 1990s, when NATO enlargement was first proposed, many leading US strategists opposed it for this reason. “That was the concern all along — it wouldn’t be easy to do this in a way that wouldn’t threaten Russia,” he said.

Ukrainian leaders have not always pushed hard to join NATO, and that has shaped the US approach.

Former President Viktor Yushchenko wanted to join the alliance, but Ukrainians became more reluctant after Russia invaded Georgia. His successor, Viktor Yanukovych, abandoned any desire for membership and promoted closer ties with Russia, even agreeing to allow Moscow to continue renting a naval port on the Black Sea in Crimea.

During the Obama administration, US officials encouraged Ukraine to sign a formal association agreement with the European Union rather than attempting to join NATO. Mr Putin pressured Mr Yanukovych to reject the agreement, leading to the Euromaidan protests in 2013 that eventually ousted Mr Yanukovych.

“Much of US policy has been quite reactive due to circumstances,” said Fiona Hill, a Russia expert at the Brookings Institution, who served as senior director for Europe and Russia on the National Security Council under President Donald J. Trump. “It has also been changed by changes in Ukraine itself in this direction.”

“By now you have much more sentiment in Ukraine to join NATO,” she added.

Mr. Zelensky repeatedly pressed Mr. Biden for membership, including during his visit to the White House in September. “I would like to talk here with President Biden about his vision, his administration’s vision of Ukraine’s chances of joining NATO and the timetable for this accession, if possible,” he said, sitting next to Mr. Biden sat.

Mr Biden blew past those comments without responding.