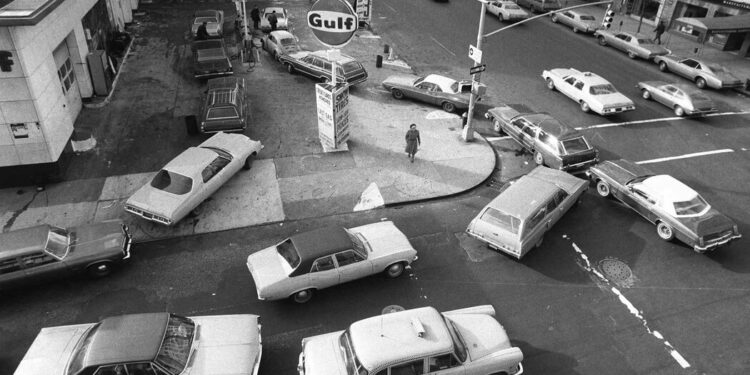 In a recent survey of 41 academic economists conducted by the Booth School of Business at the University of Chicago, 61 percent said price controls similar to those imposed in the 1970s would fail to “control US inflation in the to be successfully reduced in the next 12 months”. Others said the policy could lower inflation in the near term, but lead to deficits or other problems.

“Price controls can of course control prices, but it’s a terrible idea!” David Autor, an economist at the Massachusetts Institute of Technology, wrote in response to the survey.

Have price controls worked in the past?

In August 1971, when consumer prices were rising at the fastest rate since the Korean War, Mr. Nixon announced that he would freeze most wages, prices and rents for 90 days. Once the freeze ended, companies were allowed to raise prices, but within limits set by a council led by Donald H. Rumsfeld, who later served as Secretary of Defense to Presidents Gerald R. Ford and George W. Bush.

The control initially seemed a success. Inflation fell from a high of over 6 percent in 1970 to below 3 percent in mid-1972. But almost as soon as the government began easing restrictions, prices skyrocketed, prompting Nixon to impose another price freeze, followed by another price freeze. another round of even stricter controls. This time, controls failed to contain inflation, in part because of the first Arab oil embargo. Price controls came to an end in 1974, shortly before Mr. Nixon resigned from office.

Not all efforts to keep prices in check have been such a clear failure. During World War II, the Roosevelt administration imposed strict price controls to prevent war shortages from making food and other basic necessities unaffordable. Those rules were generally considered necessary at the time and economists were more favorable to them. In fact, there have been numerous instances of wartime price controls throughout history, often combined with rationing and wage growth restrictions.

Why do some economists want to reopen the debate?

Few economists today defend Nixon’s price controls. But some argue that it is unfair to view their failure as a definitive refutation of all price caps. The 1970s were a period of significant economic turmoil, including the Arab oil embargo and the end of the gold standard — hardly the setting for a controlled experiment. And Nixon-era price caps were broad, while modern proponents suggest a more tailored approach.

Many progressive economists in recent years have reconsidered once-scorned ideas like the minimum wage in response to evidence suggesting that real markets often don’t behave as simple economic models would predict. According to some economists, price controls are due for a similar revaluation.