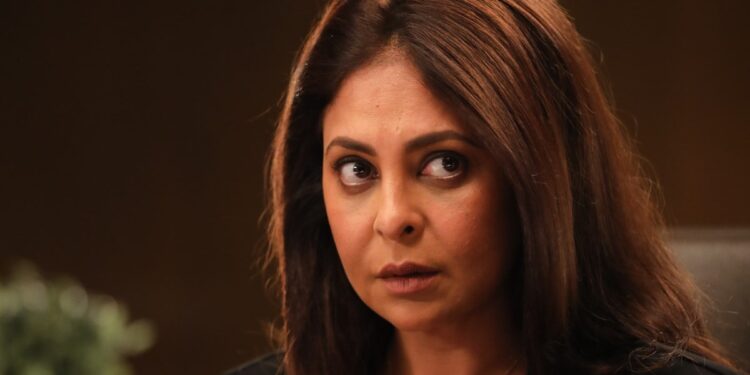 Human – the new Hotstar Specials series, starring Shefali Shah (Delhi Crime) and Kirti Kulhari (Four More Shots Please!) – is set in the dark world of medical malpractice and unethical drug trials. Of course, things are different amid an ongoing third-year pandemic now and with a third wave sweeping across the country. (In fact, Human acknowledges it’s existence several times — including a pharmaceutical boss who complains about how the trials for their unapproved COVID vaccine brought them to their knees — though it’s being treated as a thing of the past.) The Disney+ Hotstar— series can be disturbing for those people for very reasons as it can trigger constant in and around doctors, hospitals, sick, injections and ambulances for many people these days.

And even more disturbing is that some view humans as fodder for how unsafe vaccines are. I can already imagine movies of the Disney+ Hotstar series circulating online: “Oh, look at the practices doctors and pharma giants operate.” Or maybe I’m not giving the audience enough. This isn’t exactly Human’s fault, but the new Hotstar Specials feel unintentionally ill-timed.

Besides being in the wrong place at the wrong time, Human – created and directed by Shefali’s husband Vipul Amrutlal Shah (Aankhen) and Mozez Singh (Zubaan), the latter co-writing the Disney+ Hotstar series with Ishani Banerjee (Aligarh) – can be a lot to take. It is a morbid and depressing story through and through. There is no light at the end of the tunnel and there is not a glimmer of hope in any corner. At least it’s tonally consistent, so points for that. But it also tends to drag – I’ve seen seven out of 10 episodes in total – and relies too much on plot rather than scenes with rich characters.

The greatest downfall of man, however, is to think that it is an opera drama. It pushes its narrative elements—trauma therapy, careless ambition, and class commentary, among others—to such a comedic degree that the characters threaten to turn into caricatures. The new Hotstar Specials original is honestly trying to handle too much. And in doing so, man drives himself off the cliff, when it would have been better to stay within his limits.

From Human to Yeh Kaali Kaali Ankhein, What to Watch in January on OTT

Set entirely in the Madhya Pradesh capital of Bhopal—but so obviously shot mostly in Mumbai, I mean I’ve even seen my old office building—Human revolves mainly around the lives of three characters. Shefali plays 45-year-old Dr. Gauri Nath, one of India’s top neurosurgeons and the founder of the city’s best hospital, Manthan. Gauri is a victim, I mean survivor, of the Bhopal disaster in 1984. And she has been surrounded by death all her life. She lost her family in 1984. As a mother, she lost her firstborn. And her profession is staring at it. Gauri is heartbroken and grappling with trauma – despite being a doctor, she feels like a failure for not being able to save herself. Although sometimes it also feels like she thrives on being the victim, and how she justifies to herself what she does.

The second billed Kirti plays 35-year-old junior cardiac surgeon and closet lesbian Dr. Saira Sabharwal, who returns to her hometown after eight and a half years. (Human never really justifies his Bhopal setting, aside from a few connections to 1984.) Every character in Human continues to comment on how she was picked by Gauri (that’s what makes her special), but the funny thing is that in all that time I I spent watching the show, I didn’t see Saira perform any surgery. Ram Kapoor (A Suitable Boy) and Indraneil Sengupta (Nimki Mukhiya) play Gauri and Saira’s respective husbands, Pratap Munjal and Neil, who both share an unconventional marriage with their wives. Pratap is a board member at Manthan, while Neil is a traveling news agency photographer.

Beyond their direct jobs lies the good-for-nothing-servant Mangu (Vishal Jethwa, from Mardaani 2) who is dragged into a get-rich-quick scheme: enrolling patients who don’t know any better for drug trials. Mangu doesn’t know, but his life is intertwined with that of Gauri and Saira. The trials are being conducted with the support of Manthan and at the behest of Vayu Pharma chief Ashok Vaidya (Aditya Srivastava, of CID), who is crying over the failure of their COVID vaccine and the impact on their company’s revenues. Thus, he justifies the rapid pursuit of a new heart drug for human trials — ignoring protocols and side effects.

This web that crosses socioeconomic boundaries is at the heart of the series (pun intended), while its causes, effects, and ripples are what humans are so eager to explore.

However, the most interesting part of Human is the performance of Shefali Shah. It’s unlike anything I’ve seen her do before – with her voice usually slightly above a whisper, Shefali Gauri plays with a mix of extreme coldness, effortless charm and awkward aloofness. Her Gauri is a woman who is always imperturbable, in charge and knows that she is better than everyone else in the room. It’s a performance largely devoid of emotions and facial features – as she won’t let anything or anyone touch her at a distance, without the subject of her dead son – except when she uses them to manipulate others. However, for reasons that aren’t entirely clear, Human Gauri hides most of the first episode, only to introduce her in a dramatic stretched-out reveal as if she’s the big baddie or something.

Facing Shefali, Kirti Kulhari feels a lot easier in Saira’s shoes. There’s meat on the bone here, at least in anticipation, but the Disney+ Hotstar series never shows the confidence or the acumen to tackle it. Human doesn’t properly introduce or touch on her own traumatic past, and it goes through her current problems in a way that makes the writers – Singh and Banerjee developed it and served as lead writers – feel out of their depth. Still, Kulhari has a way of grounding scenes and bringing realism to them, even when other actors around her threaten to derail. More importantly, her Saira adds a layer of much-needed relatability to Human, especially when the show digs deeper into soap opera-like territory.

This may seem like a tangent, but Human isn’t quite a medical thriller — as Disney+ Hotstar has marketed it — at least not in the standard sense of the term. In any case, that’s misleading because it suggests exciting events in the hospital. But Human is much closer to being a socio-political drama (with lofty and grand goals). Gauri is not just trying to run and profit from a hospital in Bhopal. She tries to run Bhopal herself, which ranges from winning awards that increase her status in society to influencing the elections of Madhya Pradesh’s Chief Minister. Sometimes it feels like House of Cards, but with medical professionals. And that is what Human really is: a Machiavellian drama about unbridled greed and ambition.

And who will be crushed in the never-ending quest for power? The will of Mangu. Man’s most successful commentary – relative to the failures elsewhere – is about how desperate and helpless India’s poor are. In their futile attempts to make money, but without the necessary knowledge, they are pressured from both sides. The pharma guys don’t care about their lives. And the system is set up in such a way that they are punished for their status. No life, no money, no respect, no education, no awareness, India is really no place for the poor and underprivileged. Man paints a horrific portrait of where we are – though sadly it is inelegant, overburdened and too full of itself to scale the heights it needs.

Human premiered on Friday, January 14 at 12 noon IST on Disney+ Hotstar. In the US, Human is available on Hulu.