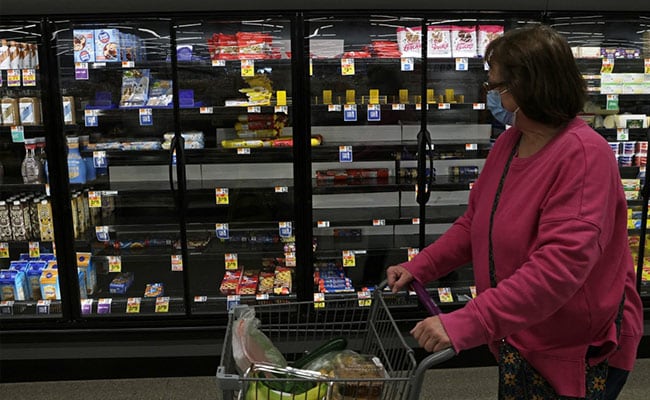 As the Omicron variant began to spread, U.S. consumers cut back on spending at a number of stores during the Christmas shopping season in December, according to government data released Friday.

Retail sales fell 1.9 percent in the final month of the year, the Commerce Department said, against analysts’ expectations that they would remain stable this month. And November’s slight sales growth was revised even lower.

The sales decline came as the US economy struggled with high inflation that has pushed up prices for a range of goods, and as infections caused by the Omicron variant of Covid-19 began to increase, creating a new challenge for businesses.

“Omicron is doing significant economic damage,” Mark Zandi of Moody’s Analytics said on Twitter. “Based on credit card data, holiday sales were gangbusters in the first week of the month. Then Omicron infections came in and sales plummeted.”

A wide range of stores saw sales fall last month, including furniture and home furnishings stores, where they fell 5.5 percent, and non-retail stores such as e-commerce companies, where sales fell 8.7 percent.

With inventories diminished by the semiconductor shortage, motor vehicles and parts dealers reported a 0.4 percent drop, while sporting goods and hobby stores saw a 4.3 percent drop.

Despite the bleak end to the year, 2021 sales were 19.3 percent higher than the year before, when the U.S. economy was still battling Covid-19 without the help of vaccines.

Companies that saw growth last month include building materials and gardening equipment dealers, where sales grew 0.9 percent, health and personal care stores, where they grew 0.5 percent, and various retail chains, where they grew by 1. 8 percent increased.