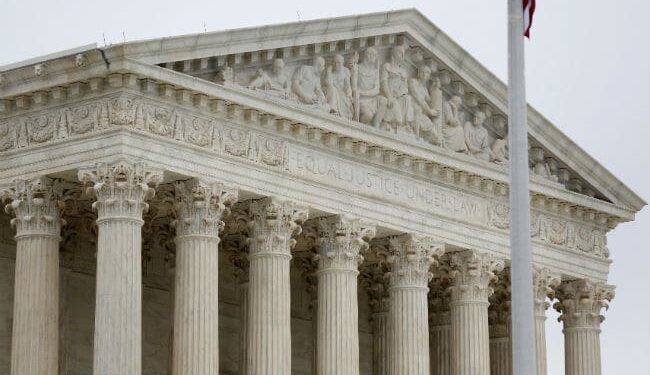 The health worker vaccination mandate was approved by 5-4 votes.

The U.S. Supreme Court on Thursday dealt a blow to President Joe Biden, blocking his Covid vaccination or testing mandate for major corporations.

At the same time, the country’s highest court allowed a vaccination mandate for health workers in facilities receiving federal funding.

After months of public calls for Americans to get vaccinated against Covid-19, which has killed more than 845,000 people in the United States, Biden announced in September that he was mandating vaccinations at companies that employ 100 or more employees in the United States. to be on duty.

The Occupational Safety and Health Administration (OSHA), a federal agency, has given companies until February 9 to comply with the rules or risk fines.

But the six conservative Supreme Court justices ruled that the mandate would mean “significant harm to the lives – and health – of a large number of workers.”

“While Congress has undisputedly given OSHA the power to regulate occupational hazards, it has not given that agency the power to more broadly regulate public health,” they said.

Mandating 84 million Americans to vaccinate simply because they work for employers with more than 100 employees definitely falls into the latter category, she added.

“Ensuring that health care providers take steps to prevent a dangerous virus from being passed on to their patients is consistent with the fundamental principle of the medical profession: First, do no harm,” they said in the majority opinion.

Vaccination has become a politically polarizing topic in the United States, where 62 percent of the population is vaccinated.

A coalition of 26 business associations had sued the OSHA regulations and several Republican-led states had challenged the health worker mandate.

Some Republican lawmakers have applauded the Supreme Court for removing business mandates.

“Today’s Supreme Court ruling sends a clear message: Biden is not a king and his gross overstepping of federal power will not be tolerated,” tweeted Senator Rick Scott.

“I had COVID and got the vaccine, but I will NEVER support a vaccine mandate that plagues hard-working Americans and destroys jobs.”