Biden tests negative for Covid and will end isolation 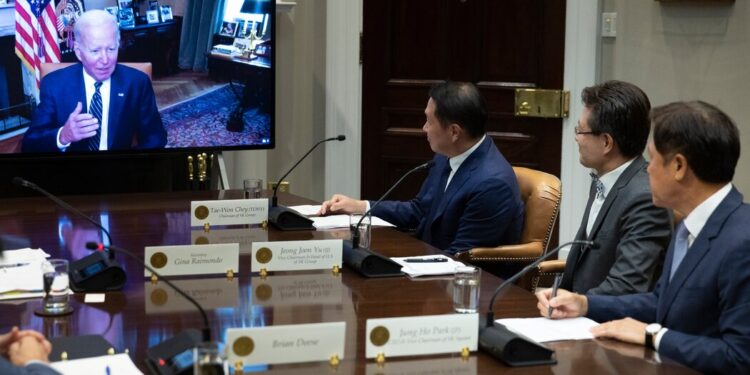 WASHINGTON — President Biden has tested negative for the coronavirus and will end his five-day isolation, his doctor said in a letter released Wednesday morning.

dr. Kevin C. O’Connor said the president’s symptoms of Covid-19 had “almost completely disappeared,” but Mr. Biden would continue to wear a form-fitting mask for the next 10 days when around other people.

“He remains fever-free and has stopped taking acetaminophen (Tylenol) for the past 36 hours,” said Dr. O’Connor.

White House officials said Mr. Biden, who has worked at the White House residence since testing positive for Covid-19 last Thursday, would give a speech at 11:30 a.m. Wednesday in the Rose Garden.

At the start of his presidency, Mr. Biden took extraordinary precautions to avoid contracting Covid-19, spending much of the first few months isolated from much of his staff. He did not travel and conducted most of his business via video calls.

But the White House dropped many of those precautions when vaccines became widely available. In recent months, the president resumed a full travel schedule, stopped wearing a mask in most cases, and held busy, personal events.

Mr Biden’s assistants had expected him to eventually become infected. When he did so last week, officials used his mild symptoms as an example of how effective the vaccines are against serious diseases and to show that more Americans should get the first injections and boosters.

Officials also said the availability of Paxlovid, an antiviral drug Biden received that reduces the severity of Covid-19, was another example of the progress the country had made in its fight against the virus.

dr. O’Connor said in his letter that the president was at some risk for what doctors call a “Paxlovid rebound,” in which some patients experience a return of symptoms after a negative test. He said that as a result, the president would be tested more often than usual.