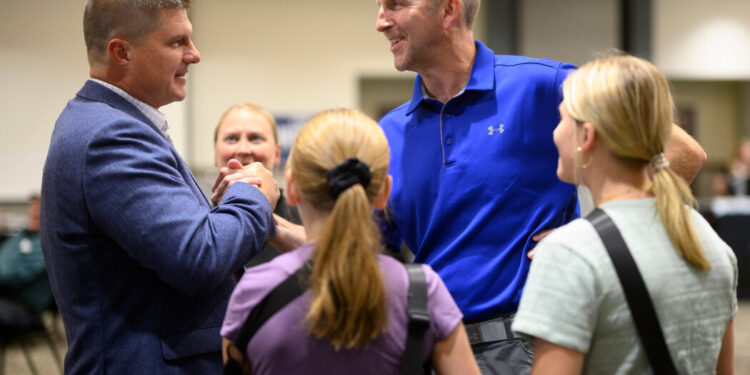 Brad Finstad, a former Republican state legislator in Minnesota, has won a special election for a seat in the US House, according to The Associated Press. He will complete the final four months of the tenure of Representative Jim Hagedorn, a Republican, who died of cancer in February.

Mr. Finstad, 46, defeated Jeff Ettinger, a Democrat and the retired chief executive of Hormel Foods, a Minnesota company known for introducing spam in the 1930s. The district, Minnesota’s First, stretches across the southern border of the state from South Dakota to Wisconsin.

Mr. Finstad did not perform in the district as well as President Donald J. Trump in 2020, when Mr. Trump won the area by just over 10 percentage points more than Joseph R. Biden Jr. Mr Finstad defeated Mr Ettinger by just roughly four percentage points, a relatively strong showing for Mr Ettinger, who ran as a moderate and emphasized his support for abortion rights.

The two candidates had become entangled over the economy and agricultural issues in the largely rural district. But in the weeks since the Supreme Court overthrown Roe v. Wade, Mr. Ettinger turned up the volume on his posts about abortion. He positioned himself as a business-friendly Democrat and appeared to perform well in some rural areas and in the counties that include Rochester and Mankato, education and healthcare centers that have attracted residents of higher-income, higher-educated and racially diverse backgrounds.

Mr Finstad’s campaign did not think abortion would move the needle in the polls. “It hasn’t really brought in many voters,” said David Fitzsimmons, the campaign’s general adviser. “Voters seem to be talking about the economy, inflation, gas prices.”

Both he and Mr Ettinger were on the ballot twice as both men successfully ran from the seat in the regular primary for the full term. They are now heading for a rematch in the fall, according to The Associated Press.