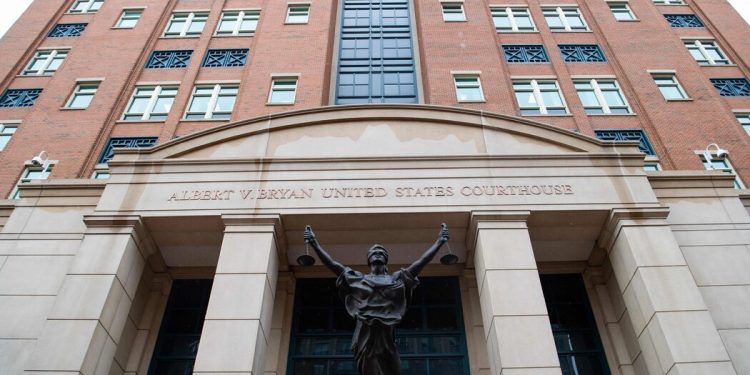 ALEXANDRIA, Virginia — A federal jury Thursday convicted a British militant accused of being a member of the ruthless Islamic State cell known as the Beatles in the kidnapping, assault and death of four Americans, a major victory for U.S. prosecutors and the families of victims who wanted to bring him to justice.

The jury took a day to convict El Shafee Elsheikh, 33, on four hostage counts and four conspiracy charges related to the deaths of three American men and a young woman captured during the Islamic State roundup by Syria in 2012 and 2013.

Mr Elsheikh is the most prominent Islamic State member to face trial in the United States. He was captured in Syria in 2018 by a Kurdish-backed militia, along with Alexanda Kotey, as they attempted to flee to Turkey. Kotey, 38, who was part of the Beatles, said last fall he played a pivotal role in the kidnapping, detention and hostage-taking of American prisoners and pleaded guilty to multiple charges.

The verdict concluded a two-week trial with the testimony of 35 witnesses, including 12 former inmates who gave details of brutal beatings, sexual abuse, waterboarding and murder committed by a cell of four radicalized young Britons, nicknamed the Beatles for their accents and sarcastic banter. †

Prosecutors have argued that the polite, bespectacled defendant was a central figure in the Islamic State hostage crisis, responsible for drafting ransom emails and abusing detainees. Among those inmates, they said, were Kayla Mueller and three American men — James Foley, Steven J. Sotloff and Peter Kassig — who were later beheaded by one of Mr. Elsheikh’s closest associates.

Mr Elsheikh did not deny that he fought for the Islamic State, but by refuting the charges, his defense team argued that he was not a member of the Beatles and that his alleged involvement in the kidnappings was a case of mistaken identity.

In his closing remarks on Wednesday, the US’s first assistant attorney, Raj Parekh, asked the jurors to pay particular attention to the suffering of Ms. Mueller, 24. She was not only physically abused like the other US inmates, but treated like a slave in the months leading up to her death, under mysterious circumstances, in early 2015.

Elsheikh is not directly involved in the murders, but his participation in — and knowledge of — numerous kidnapping, ransom and murder plots is enough to secure a conviction under the law, prosecutors have argued.

British extremists repeatedly beat the hostages they were holding in Raqqa, Syria, which prosecutors say was then considered the capital of the Islamic State. They subjected their hostages to abuses, including waterboarding, mock executions, painful stress positions, food shortages, chokeholds that caused power outages, electric shocks and beatings lasting 20 minutes or more. They also forced the inmates to fight each other and witness murders, court papers said.

During the trial, the government introduced testimonies from freed hostages that detailed the sadism of the cell members. But the hostages were often blindfolded and their captors made sure they always wear masks, making definitive physical identification difficult.

The prosecution’s team relied heavily on Mr. Elsheikh about his actions. He gave at least seven news interviews after he was captured by Kurdish forces and handed over to the US military in 2018, revealing knowledge of key operational details and his own role in seeking millions of ransom payments for Western hostages.

Mr Elsheikh’s appearance in an American courtroom is the result of intense political and legal wrangling. In August 2020, William P. Barr, then Attorney General, agreed to waive the death penalty against Mr Elsheikh and Mr Kotey in exchange for the cooperation of UK prosecutors – seen as a key element in obtaining a conviction.

As part of the plea deal, if Mr Kotey meets his cooperation requirements, he could be sent to Britain after 15 years to serve the remainder of a mandatory life sentence.