Can Donald Trump Get This 26-Year-Old Elected to Congress? 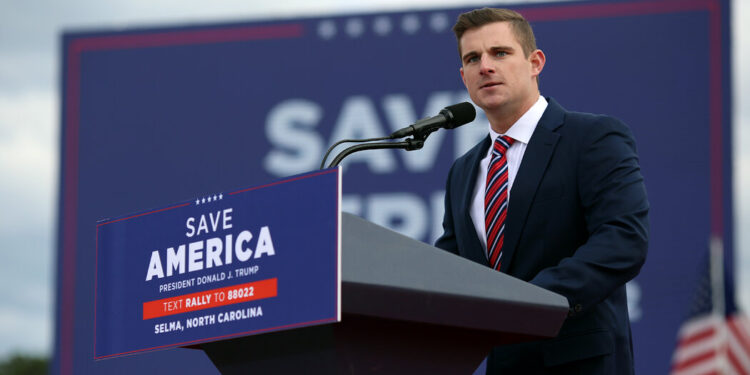 In the first three months of 2022, his campaign reported zero donations of more than $199 from people in the district and just six from the entire state of North Carolina. Any individual donation less than $200 can be made anonymously.

Fortunately for Hines, Club for Growth Action, the super PAC arm of the group, has said it plans to spend $1.3 million to support him in the primaries. That’s a huge amount for a house race.

Before settling on the 13th district, Hines had looked around for a suitable perch. He announced his intention to challenge Representative Virginia Foxx, a longtime Republican incumbent on the western side of the state, before plans were changed. In April, he and his wife changed their address to a house in Fuquay-Varina, a city in southern Wake County, the district’s most populous part.

Some Republicans in scarlet Johnston County, a burgeoning rural community, have criticized Hines for, in the words of a local group leader, “coming in just trying to pick a district he can win.” And Hines’ main opponent, a lawyer named Kelly Daughtry, who is the daughter of a former State House majority leader, has attacked him like a carpet bagger.

The Hines campaign, which declined to make him available for an interview but answered a series of detailed questions about his candidacy, points to his upbringing in Charlotte and his time at NC State, in Raleigh, just north of the county line.

Daughtry has spent more than $2.5 million on the race to date, while contributing nearly $3 million of her own money. She has also garnered heat for her past donations to Democrats, including Cheri Beasley, the presumptive Democratic nominee for the Senate, and Josh Stein, the state’s attorney general.

Multiple people with access to private polls said Hines Daughtry appeared to be a few percentage points ahead, while everyone else was far behind. In North Carolina, if no candidate gets at least 30 percent of the vote, the top two finishers advance to a runoff.