‘Carpetbaggers’ shed age-old question: voters make something of it? 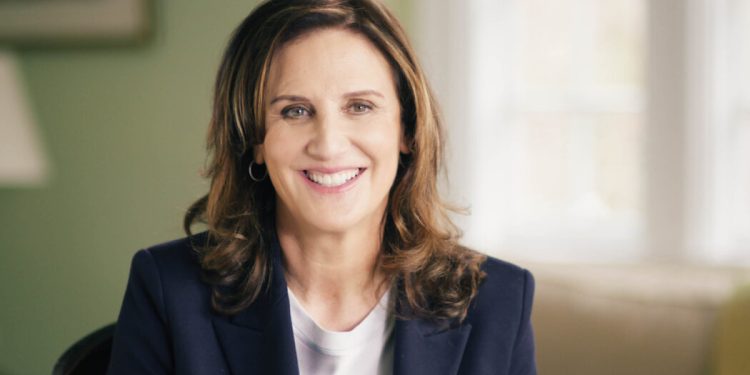 When Sarah Morgenthau entered the race for the open congressional seat in Rhode Island, she had to answer an age-old question in American politics: Are you really from here?

She is not alone.

Mehmet Oz, a leading Republican candidate for the Pennsylvania open Senate seat, grew up in Wilmington, Del., and has lived in New Jersey for many years. Just two years before he started running, Oz invited People magazine for a photo shoot in his 9,000-square-foot mansion overlooking the Manhattan skyline. He has since claimed his in-laws’ house in the suburbs of Philadelphia as his residence, according to The Philadelphia Inquirer.

Morgenthau, a lawyer who left a top job at the Department of Commerce to run for Democrat, does have ties to Rhode Island. Although she grew up in Boston and New York, in a video announcing her candidacy, she notes that she married her husband in the backyard of the Morgenthau family’s summer home in Saunderstown, a village north of Narragansett. “While work has drawn us elsewhere, Rhode Island is the place that has remained constant throughout our lives,” she says.

On paper, Morgenthau is an impressive candidate.

She has an impressive resume: degrees from Barnard College and Columbia Law School, and senior positions with the Peace Corps, the Department of Homeland Security, and Nardello & Company, a private security and research firm.

And an impressive family: Her mother, Ruth, was a scholar of international politics and adviser to President Jimmy Carter. In 1988, Ruth Morgenthau ran for office in Rhode Island as a Democrat, losing to Representative Claudine Schneider, a Republican.

Sarah Morgenthau’s uncle was Robert Morgenthau, the famous old prosecutor for Manhattan. Her grandfather Henry Morgenthau Jr. was the Secretary of the Treasury to President Franklin Roosevelt. Henry Morgenthau Sr., her great-grandfather, documented the Armenian Genocide as the US Ambassador to the Ottoman Empire during World War I.

That family bond led Sarah Morgenthau to push the Biden administration to recognize the Armenian Genocide, an initiative that earned her a laudatory article from Politico in April 2021.

“She was national co-chair of Lawyers for Biden, a prolific fundraiser and volunteer with national security policy groups for the campaign,” Politico reported. “She served as a surrogate often quoted in national publications about race trajectory or donor temperature.”

It all does not matter if Morgenthau can not answer that question – Are you really from here? — to the satisfaction of Rhode Island voters.

Morgenthau has a lot to prove in the months before the Democratic primary on September 13th.

She will have to beat the local favorite in the race, Seth Magaziner, who is the state general treasurer. He has already gained the support of several major unions and has surpassed the rest of the field so far. More than 95 percent of Morgenthau’s campaign’s donations come from out of state, The Boston Globe has noted, compared to 27 percent of Magaziner’s.

political culture Rhode Island is famous insular and suspicious of perceived outsiders – so much so that Brett Smiley, a candidate for mayor of Providence, who has lived in Rhode Island for 16 years, began his campaign kickoff speech last month by nodding to the fact he grew up in Chicago. “As more and more people I chose Providence,” Smiley said. “I have lived and worked elsewhere and know what we have here is special.”

“People are very ingrained in their communities,” said Rich Luchette, a longtime assistant to Representative David Cicilline, who represents the state’s other congressional district. “There is resistance to any kind of change.”

No wonder, then, that Morgenthau has been asking incessant questions about her Rhode Island credentials from the local news media.

When The Providence Journal asked candidates in the race to answer a series of trivia questions about Rhode Island, Morgenthau gave an answer nearly identical to a Wikipedia article — and the paper called her for it.

Then came a brutal meeting early this month with a local TV anchor, Kim Kalunian, who asked if Morgenthau had ever lived in the state for an entire year or enrolled her children in school.

“I’ve been paying property taxes in the Second District for 40 years,” Morgenthau replied, although she admitted the answer to both questions was no.

A clip of the exchange shot around Rhode Island’s tight-knit Democratic political class, nervously watching the race to succeed Representative Jim Langevin, who is retiring. Although Langevin won re-election relatively easily in 2020, some Democrats fear that in a weak year for their party, a candidate with no local ties could help hand the seat to Republicans.

“Leaving the state is not necessarily fatal,” said Joe Caiazzo, a Democratic adviser who led Hillary Clinton’s 2016 campaign in the state. “I think the way it’s being handled is fatal because it highlights the lack of local connectivity, which is so important in Rhode Island.”

Morgenthau is well aware of the skepticism. In an interview, she emphasized her “extensive experience in Washington” and described herself as someone who “goes through a brick wall when I have to get things done.”

She also spoke of a “public service commitment that has been instilled in me since I was a young girl at the kitchen table,” a theme she brought up during her campaign.

“When people meet me,” she said, “they’ll see someone who can solve problems, who has Rhode Island back.”

There’s a successful script for running like a carpet dredger—and it was drafted by none other than Hillary Clinton.

In 2000, Clinton took a gamble by running for the Senate in New York despite never having held elective office, growing up in Illinois and living for many years in Arkansas while her husband was governor. She had a number of significant advantages: universal name recognition as first lady, an overwhelming Democratic voter, and a lackluster opponent in Republican candidate Rick Lazio.

But Clinton had never lived in New York, and she knew her lack of roots in the state would be a problem. Her solution, the brainchild of pollster Mark Penn, was a “listening tour” of New York’s 62 counties in the summer of 1999, as she weighed an official run.

On several occasions, with the help of local Democratic Party officials, Clinton even stayed overnight in the homes of complete strangers, where she was rushed in on household chores.

The listening tour did not always go well. While visiting an electronics factory outside Binghamton, protesters held signs that read “Hillary Go Home” and “Hillary: Go Back to Arkansas, You Carpetbagger.” Clinton, reportedly a lifelong fan of Chicago Cubs, was also pilloried for taking off a Yankees cap when the team came to the White House to celebrate their World Series victory.

Lazio did his best to take advantage of the issue; a report of his campaign rollout in Time magazine said that he “flashed his New York family tree almost as often as his teeth.”

Clinton’s response was to emphasize her familiarity with topics important to New Yorkers, and to outdo Lazio. “I may be new to the area,” she said during her announcement speech, “but I’m not new to your concerns.”

But it was the upstate listening tour, much derided at the time, that finally allowed her to shrug off the carpet bag allegations.

“We purposely designed the events to be small groups, to listen to what people are concerned about,” recalls Patti Solis Doyle, Clinton’s campaign manager. “She said very little and took lots of notes.”

The events were so devoid of drama that they eventually put the press to sleep, Solis Doyle said.

Is there anything you think we missed? Something you want to see more of? We’d love to hear from you. E-mail us onpolitics.†