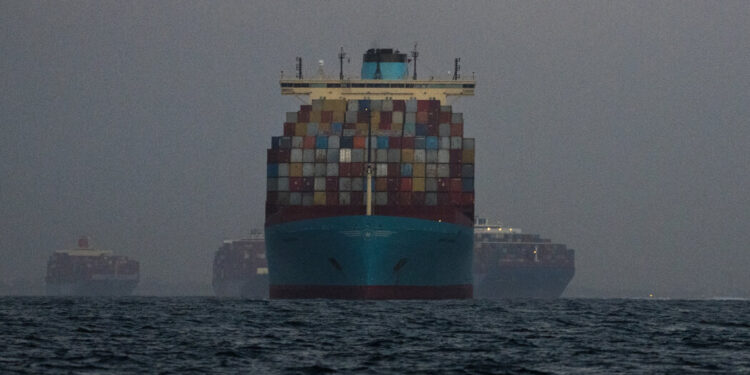 WASHINGTON — A sweeping new law aimed at tackling Chinese forced labor could have significant — and unexpected — implications for US businesses and consumers.

The law, which came into effect Tuesday, will ban products from entering the United States with links to Xinjiang, the region in the far west where Chinese authorities have taken extensive crackdowns on Uyghur Muslims and other ethnic minorities.

That could affect a wide variety of products, including those that use raw materials from Xinjiang or those related to the kind of Chinese labor and poverty alleviation programs the U.S. government sees as coercive — even if the final product used only a small amount of material from Xinjiang somewhere along his journey.

The law assumes all these goods are made with forced labor and stops them at the US border until importers can demonstrate that their supply chains do not touch Xinjiang, or include slavery or coercive practices.

“This is not like a ‘picking needles out of a haystack’ problem,” he said. “This affects a significant percentage of all everyday goods in the world.”

The Biden administration has said it plans to fully enforce the law, which could lead to US authorities detaining or refusing a significant number of imported products. Such a scenario is likely to give businesses a headache and cause further supply chain disruptions. It could also fuel inflation, already at a four-decade high, if companies are forced to look for more expensive alternatives or if consumers compete for scarce products.

Failure to fully enforce the law is likely to lead to protests from Congress, which is responsible for oversight.

“The public is not prepared for what is about to happen,” said Alan Bersin, a former US Customs and Border Protection Commissioner who is now the executive chairman at Altana AI. “The impact of this on the global economy and on the U.S. economy is measured in the many billions of dollars, not the millions of dollars.”

The links between Xinjiang and a few industries, such as clothing and solar energy, are already well recognized. The clothing industry has struggled to find new suppliers, and solar companies have had to suspend many US projects while examining their supply chains. But trade experts say the connections between the region and global supply chains are far more extensive than just those industries.

Direct exports to the United States from the Xinjiang region — where Chinese authorities have detained more than a million ethnic minorities and sent many more to government-run labor transfer programs — have fallen dramatically in recent years. But a wide variety of raw materials and components are currently making their way to factories in China or other countries, and then to the United States, trade experts say.

In a statement on Tuesday, Commerce Secretary Gina Raimondo called the bill’s adoption “a clear message to China and the rest of the world community that the US will take decisive action against entities participating in the abhorrent use of forced labour. “

The Chinese government disputes the existence of forced labor in Xinjiang, stating that all labor is voluntary. And it has sought to mitigate the impact of foreign pressure to end abuse in Xinjiang by passing its own anti-sanction law, which prohibits any company or individual from helping to enforce foreign measures deemed discriminatory against China. are considered.

While the implications of the US law remain to be seen, it could change global supply chains. Some companies, for example in clothing, have quickly severed ties with Xinjiang. Clothing manufacturers have made efforts to develop other sources of organic cotton, including in South America, to replace those supplies.

But other companies, namely large multinationals, have calculated that China’s market is too valuable to abandon, say business leaders and trade groups. Some have begun to foreclose on their Chinese and US operations, continue to use Xinjiang materials for the Chinese market, or maintain partnerships with entities operating there.

It’s a strategy that, according to Richard Mojica, a lawyer at Miller & Chevalier Chartered, “should be sufficient” as US Customs’ jurisdiction extends only to imports, although Canada, the United Kingdom, Europe and Australia have their own measures. consider. Rather than move their operations out of China, some multinationals are investing in alternative sources of supply and are making new investments in mapping their supply chains.

At the heart of the problem is the complexity and opacity of the supply chains running through China, the world’s largest manufacturing hub. Goods often pass through many layers of companies as they make their way from fields, mines and factories to a warehouse or a store shelf.

Most companies know their direct suppliers of parts or materials well. But they may be less familiar with suppliers their primary supplier does business with. Some supply chains have many layers of specialized suppliers, some of whom outsource their work to other factories.

Take automakers, for example, who may have to purchase thousands of parts, such as semiconductors, aluminum, glass, engines and seat covers. According to research by the consulting firm McKinsey & Company, the average automaker has about 250 premium suppliers, but is exposed to 18,000 other companies across its supply chain.

Adding to the complexity is the reluctance of the Chinese authorities and some companies to cooperate in external investigations into their supply chains. China strictly controls access to Xinjiang, making it impossible for outside investigators to monitor conditions on the ground, especially since the start of the coronavirus pandemic. In practice, that could make it too difficult for US importers to maintain ties with Xinjiang, because they cannot verify that the companies there are free of labor violations.

Companies whose goods are being held at the US border have 30 days to provide the government with “clear and convincing evidence” that their products do not violate the law. Mr Bersin said it would likely take several years for customs officials to develop a comprehensive enforcement system.

Nevertheless, the government has already started to increase its capacity to control and detain foreign goods.

John M. Foote, a partner in the international trade and practice group at Kelley Drye and Warren, said the U.S. Customs and Border Protection Service, responsible for inspecting and detaining goods in ports, was undergoing a major staff increase.

It has used $5.6 million this year to hire 65 new people for forced labor enforcement, and has set aside another $10 million for overtime to handle detentions at its ports. By 2023, the White House has requested $70 million to create an additional 300 full-time positions, including customs officials, import specialists and trade analysts.

These amounts match or exceed other government enforcement agencies, such as the Office of Foreign Assets Control, which enforces U.S. sanctions, and the Bureau of Industry and Security, which oversees export controls, Mr Foote wrote in a note to customers.

Any company with a supply chain running through China must be aware of the risk of its products being scrutinized or detained, he wrote, adding, “There is currently almost no company in the United States really prepared for this kind of thing. enforcement.”