‘Crisis actors’? Where have I heard that before? 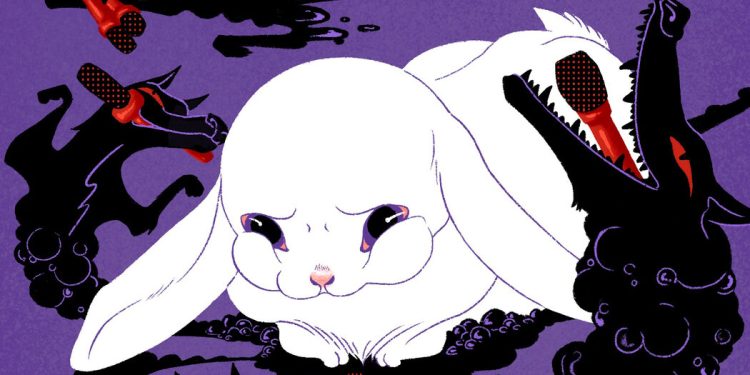 Times Insider explains who we are and what we do, and gives a behind-the-scenes look at how our journalism is made.

After Russia was condemned around the world for bombing a maternity hospital in Mariupol, Ukraine, last month Russia put forward a false conspiracy theory that was chillingly familiar to me.

Using unrelated social media images, dodgy “reports” and constant replays, the Russian Defense Ministry falsely claimed the airstrike was a “staged provocation” by Ukraine. The hospital, Russian officials mistakenly said, was not operational and a base for Ukrainian fighters. Moscow’s ambassador to the United Nations dismissed Associated Press photos of the aftermath as “fake news,” and the State Department claimed bloodied, pregnant women evacuated from the rubble were crisis actors.

And so it has been ever since. Ukrainian civilians killed in flight; tied up and shot in basements and mass graves or shot while standing in their front yards – all were cast by Russia as actors in a “hoax” aimed at strengthening Ukraine’s cause. An analysis by The Times refutes Russia’s claims that the bodies of those executed by the Russian military in Bucha, a town on the outskirts of Kiev, were placed there after Russia’s retreat.

Early in my career, I spent a decade as a correspondent in Eastern Europe, three years of which in Russia. But it was because of my work for The Times over the past four years in relation to the libel lawsuits filed by the families of 10 Sandy Hook victims against Infowars conspiracy broadcaster Alex Jones that Moscow’s lies have resonated most strongly. .

Mr. Jones has been a long-time fan of Vladimir V. Putin, a former regular on RT, the Russian state-funded TV station that is currently amplifying the Kremlin’s lies about Ukraine. Infowars has pushed Moscow’s false stories and fabulistic conspiracies, including that America is operating “bio-labs” in Ukraine, and that Russian attacks on Ukrainian civilians are being orchestrated by Ukraine.

For years, Mr. Jones lied, saying that the December 14, 2012 shooting that killed 20 first-graders and six teachers at Sandy Hook Elementary School in Newtown, Conn. died was a hoax staged by the federal government and he referred to individual parents as “actors”.

The term “crisis actors,” used by Sandy Hook fabulists to denote people posing as victims or survivors of the massacre, was used after the Sandy Hook shooting by James Tracy, a professor at Florida Atlantic University and Infowars- dude whose sideshow as a conspiracy blogger cost him his job. Some believers of Infowars’ lies about Sandy Hook have since tormented the victims’ relatives. Late last year, Mr. Jones lost four defamation lawsuits filed in Texas and Connecticut by the victims’ families for repeatedly failing to provide court documents and testimony; juries will then decide how much to pay the families in damages. Last week, days before those lawsuits were due to begin, Infowars filed for Chapter 11 protection, delaying the lawsuits. In addition, his role in organizing ‘Stop the Steal’ events is under scrutiny by the House committee investigating the January 6 uprising.

It is impossible to know whether Russia studied the language used in this particular conspiracy theory before spreading lies around its invasion of Ukraine. But the resemblance is frightening. Russia has long used incidents of US gun violence to support its propagandistic claims of cultural superiority. Now, during this war, the Kremlin is using the language of American mass shooting deniers to deny towering evidence of its military’s atrocities in Ukraine, including naming wounded and killed Ukrainian crisis actors.

In 2018, Elisabeth Bumiller, The Times’ Washington bureau chief and my editor, agreed that the Sandy Hook lawsuits reflected the era. The families seek society’s judgment, I wrote, “on the ‘post-truth’ culture in which widespread lies damage lives and destroy reputations, but those who spread them are rarely held accountable.”

In my recent book, “Sandy Hook: An American Tragedy and the Battle for Truth,” I wrote that Sandy Hook’s conspiracy theories—once believed to be true by a quarter of Americans—predicted the delusional world we live in. live today. Through my reporting, I followed the main line from Sandy Hook to Pizzagate; to QAnon, and his claims that Democrats were trafficking children; against anti-Semitic tropes invoked by neo-Nazi protesters in Charlottesville; to coronavirus myths; and the 2020 election lie that fueled the riots in the Capitol on Jan. 6. And now, to the war in Ukraine.

The Massacre at the Sandy Hook School

A devastating attack. On December 14, 2012, a 20-year-old gunman killed his mother and then walked into the elementary school armed with semi-automatic pistols and a semi-automatic rifle. He killed 26 people there, including 20 children, before committing suicide.

The urge for gun control. Then-President Barack Obama vowed to use “all the power this office possesses” to prevent such massacres from happening again. While legislative efforts to pass assault weapons bans and expand background checks failed, a new wave of activism focused on gun control gained traction.

Lenny Pozner, father of Noah, the youngest of the Sandy Hook victims, predicted this spread of disinformation during my first interviews with him in 2018. Mr. Pozner is a technology expert who, through his nonprofit, the HONR Network , the victims of online abuse. He was the first relative of a Sandy Hook victim to confront the conspiracy theorists, convinced their falsehoods posed a greater threat. Mr Pozner, who was born in a former Soviet republic, said he was not surprised when Russia rejected evidence of its actions in Ukraine using words similar to those Mr Jones used to deny Noah’s death.

My first direct experience with wartime disinformation was during the Balkan Wars of the 1990s. In Belgrade, an official from the Serbian Ministry of Foreign Affairs gave me a whole series of books, all of which falsely claimed that the victims of the genocidal wars in the region had fabricated evidence of atrocities or committed the crimes themselves.

But today, as I watch Russia spread disinformation about the war in Ukraine using terms that developed in America, and then American conspiracy theorists bubbling up misinformation again, I realized those books are not the discredited relics I had envisioned. suggested.