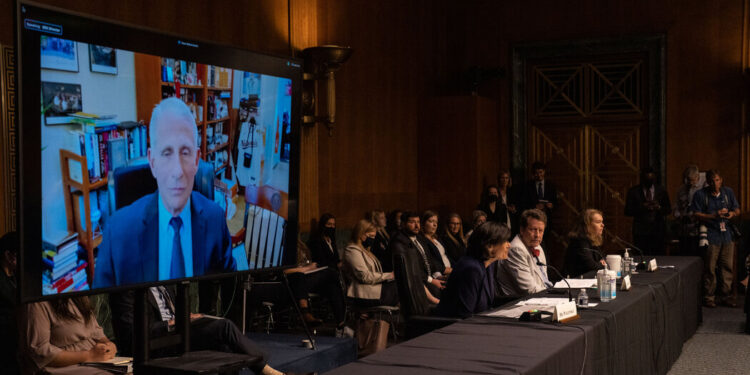 But on the fourth day, he said, he was “surprised and disappointed” to see that he had tested positive again, and had symptoms again, he said, that were worse than before, including a low fever, aches, a runny nose and a “mild cough”.

He called his doctor (you may be wondering who Dr. Fauci’s doctor is, but he wouldn’t say) and got a prescription for another five-day course of Paxlovid. In its opinion in late May, the CDC noted that there was no evidence that additional treatment was needed with Paxlovid or other Covid therapies when rebound was suspected. But dr. Fauci said taking two courses is relatively common in people with rebounds.

In Pfizer’s application for emergency use authorization for Paxlovid, the company suggested that “several subjects appeared to have a rebound in SARS-CoV-2 RNA levels around day 10 or day 14.” But the rebound occurred in both those who received Paxlovid and placebo treatment, the company said.

The clinical trial that supported the FDA’s approval of Paxlovid was conducted in people who had not been vaccinated, leading some experts to say more data on vaccinated people is needed. Among them is Dr. Carlos del Rio, an infectious disease expert at Emory University, who said in an interview that “we urgently need data to know, in people who have been vaccinated and over 65, like Tony, who needs it and for how long.”

dr. Fauci said he would like to see a study comparing a five-day course of Paxlovid with a 10-day course, “to see if you can prevent the rebound by giving it five extra days.”

dr. Fauci finished his second course on Wednesday, saying his symptoms were “essentially gone, except for a bit of a stuffy nose.” He had tested positive on Tuesday, he said, but had not yet tested himself again on Wednesday at the time of the interview.

“I think there’s understandable confusion when people hear about people bouncing,” he said. “Don’t confuse that with the original purpose of what Paxlovid is for. It is not intended to prevent you from bouncing back. It is intended to prevent you from being hospitalized. I’m 81 years old, I was at risk of hospitalization and I didn’t even come close to being sick enough to be hospitalized.”