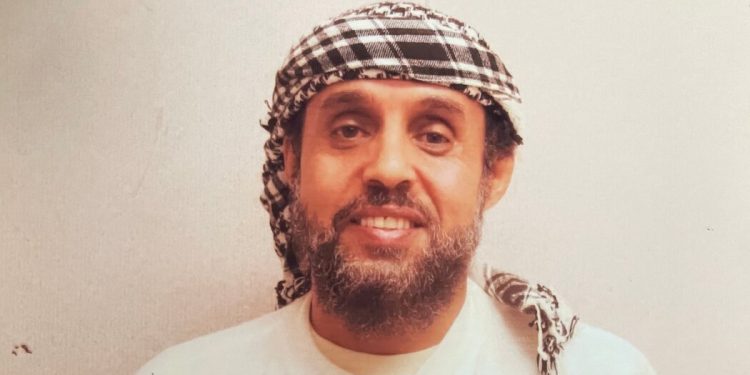 GUANTÁNAMO BAY, Cuba — A Yemeni detainee in Guantánamo Bay who was released nearly a year ago on Friday berated an army judge and refused to testify in the USS Cole bombing trial, fearing he would endanger himself after 20 years of US detention.

“I’m not here for you to take what you want from me and then throw me in the trash,” said Abdulsalam al-Hela, who is in his 50s, during his first appearance in court. “I’ve been waiting for justice for twenty years.”

mr. Hela was called as a potential witness, not as a defendant. He told the judge, Colonel Lanny J. Acosta Jr., that he was concerned that “there are some bad people here” who would use his testimony against him.

Defense lawyers for Abd al-Rahim al-Nashiri, a Saudi prisoner, sought the testimony of Mr. Hela to try to exonerate their client. Mr Nashiri is accused of orchestrating the Qaeda suicide bombing on the Cole near Yemen in October 2000, which killed 17 American sailors.

Hela was captured in Cairo in September 2002 – in court he said he had been “kidnapped” – and held by the CIA for about two years in its secret overseas network of black sites. He was taken to Guantánamo in September 2004 but has never been charged with any crime.

He was summoned two days in a row to testify in a statement that could one day be used in Nashiri’s death penalty trial.

Thursday, Mr. Hela to leave his prison cell to go to the court in Guantanamo Bay called Camp Justice. He appeared in court on Friday but refused to swear he would tell the truth.

“He’s afraid his answers will be used against him,” said a military defense attorney, Army Major Michael J. Lyness, who told the judge that the detainee was, in fact, invoking the privilege of not testifying for fear of himself. accusation.

The judge agreed with that interpretation of the lecture and the detainee’s resistance, and he released Mr. Hela from the obligation to testify.

Hela is also at the center of a federal higher court over the rights of a fair trial of war prisoners at Guantánamo who are not charged with war crimes.

US intelligence in 2020 described him as a “prominent extremist facilitator” who had “unspecified ties to Osama bin Laden and may have played a role in the attack on the USS Cole.”

However, in June, the Inter-agency Periodic Review Board noted that Mr Hela “missed a leadership role in extremist organizations” and approved his transfer to another country’s custody. He had no immediate place to go because US law prohibits the repatriation of Guantánamo detainees to war-torn Yemen, and US diplomats are still trying to find an ally to receive him and monitor his activities.

The board advised him to resettle in a country where his family would join him. It also recommended that the recipient country provide Mr. Hela with “reintegration support” and provide the United States with security guarantees, meaning that he would likely be banned from traveling outside that country.

This week’s episode pointed to the weaknesses of the military commission system. Before mr. Hela agreed to appear in court, the army judge and lawyers in the case argued over the judge’s authority to enforce a subpoena from the detainee because, although he is in U.S. military custody, he foreign soil is retained.

What you need to know: the bombing of the USS Cole in Guantánamo Bay

The crime. Saudi citizen Abd al-Rahim al-Nashiri is accused of organizing the bombing of the US Navy destroyer Cole by Al Qaeda on October 12, 2000 in the port of Aden, Yemen, during a routine refueling stop. Seventeen American sailors were killed in the attack.

The use of torture. Mr. Nashiri was captured in October 2002 and spent four years in CIA custody, including in black prisons, where he was subjected to waterboarding, forced nudity, extreme isolation, sleep deprivation and other abuse.

The Ministry of Justice. In January 2022, the Biden administration pledged to stop using Mr Nashiri’s statements obtained through torture, rejecting an interpretation by the retired chief prosecutor in the event that such evidence could be used in the preliminary investigation.

One of Mr. Nashiri’s lawyers, Katie Carmon, who filed for the subpoena, said the war court was in “occupied territory”.

The lead prosecutor, Mark A. Miller, a Justice Department attorney assigned to the Cole case, said: “We are suspicious of the idea that a subpoena can be issued by any court, U.S. court, against a foreigner who is in a foreign country. country in a court sitting in a foreign country. So I think the subpoena is actually, for our purposes and getting this done, a bit of a waste of time.”

The office of the Military Commissions Superintendent, known as the Convening Authority, refused to grant Mr Hela immunity from prosecution in exchange for his testimony.

Ms. Carmon said the inability to obtain testimony from the Yemeni prisoner “deprives both the defense and the American people of a public determination as to where responsibility for bombing the Cole really lies.”

In court, Mr Hela spoke bitterly of his 20 years in US custody, saying it was “like a life sentence.”

His attorney, Beth D. Jacob, has said he wants to be reunited with his wife and see his only surviving child, a daughter he last saw when she was a toddler. His two sons were killed in an accident while he was being held in Guantánamo, and the daughter, who is now married and expecting his first grandchild, is studying in Yemen to become a lawyer with a specialty in human rights.

The testimony spanned two weeks of pre-trial hearings that focused on the torture of Mr Nashiri during his time in CIA custody following his capture in Dubai in 2002, and of another Saudi prisoner who has admitted to being part of a Qaeda cadres plotting attacks on sea-going ships.