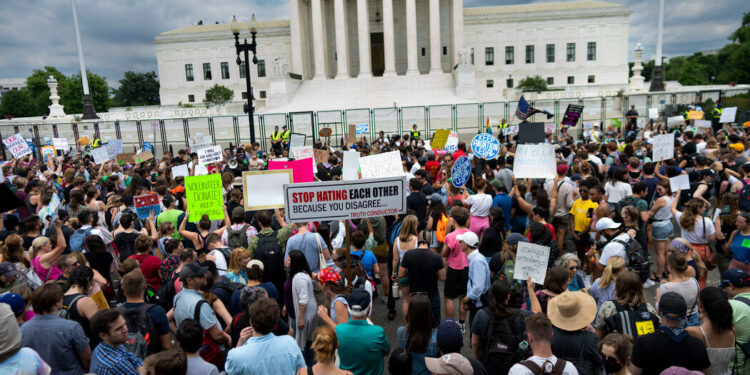 An abortion decision long in the making

Few can imagine it today, but on the eve of the Roe v. Wade ruling in 1973, more Republicans than Democrats supported decriminalizing abortion.

That nugget comes from a fascinating work of historical, legal, and political analysis, published in The Yale Law Journal by Linda Greenhouse, a former Supreme Court correspondent for DailyExpertNews and in-demand opinion writer who now teaches at Yale Law School.

The paper, which Greenhouse co-authored with Reva B. Siegel, a law professor and colleague in New Haven, drew on and updated the second edition of their book on the same topic.

Greenhouse and Siegel tell the story of how GOP strategists decided in the early 1970s that the party could attract new Republican voters by making a play for Catholics and evangelicals centered on abortion.

It took about 10 years for this new political coalition to coalesce with the rise of Ronald Reagan, they write — driven by the emerging alliance between Evangelical Christians and Catholics.

In a particularly revealing passage, they point out how George Gallup, the trailblazing pollster, noted in a column published in The Washington Post on August 25, 1972—nearly five months before the court published its ruling in the Roe case—that 64 percent of Americans, and 56 percent of Catholics, agreed with the statement “the decision to have an abortion should be made only by a woman and her doctor.”

At 68 percent, a higher proportion of Republicans agreed with that statement than Democrats, at 59 percent, Gallup added.

Today, those numbers look very different. According to Gallup Organization polls released early this month, 58 percent of Republicans supported the overthrow of Roe, a record, compared to 15 percent of Democrats.

Blackmun was, of course, the main author of the Roe decision, the fall of which on Friday sent political shockwaves.

“But what I suppose it underlined at the time,” she said, “was that abortion was not an overburdened issue.”

“Every Republican president since Reagan has chosen a platform to choose those judges and judges who would vote to overthrow Roe,” Greenhouse said.

We want to hear from you.
Tell us about your experiences with this newsletter by completing this short survey.

Standing up outside the Supreme Court

On Politics regularly shows work by Times photographers. Here’s what Shuran Huang told us about capturing the image above:

As the crowd grew, both groups began to challenge each other. “My body, my choice,” the woman on the right shouted to the anti-abortion protesters.

About fifteen minutes later the decision was made.

Have you been forwarded this newsletter? Register here to get it in your inbox.