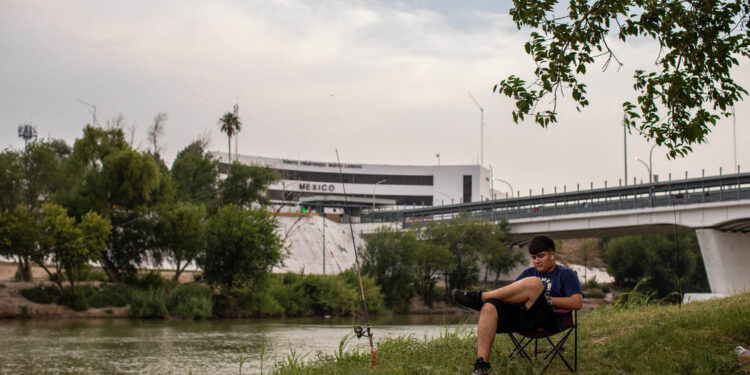 Doing nothing could be costly this election year: Some organizations that helped Democrats win pivotal swing states in 2018 and 2020 have no intention of knocking on doors or calling voters this mid-season because they’re so outraged on the party’s stance on immigration.

Among them is Lucha, an Arizona advocacy group widely credited with securing wins for Ms. Sinema and Mr. Kelly, the first Democratic senators to represent the state in decades.

“For that incredible effort and incredible turnout, we got very minimal results,” said Tomas Robles, the co-executive director. “Democrats fall into the same trap: there is a lack of political will and courage.”

In Laredo, a city of about 261,000 inhabitants, where the shops and parks in the center almost merge into the border, the country’s immigration struggle is personal. Members of the No Border Wall coalition, which is impartial, are quick to note that they have successfully repulsed four attempts by Democratic and Republican governments to build a wall in the region.

But the Laredo Democrats, united in their fight against the wall, are divided over support for Mr. Cuellar and Ms. Cisneros and their approach to immigration. Mr. Cuellar continues to follow the path taken by the Obama administration, which relied on an aggressive border enforcement strategy designed to gain Republican support for a path to citizenship for millions of undocumented immigrants.

Its adherents tend to follow — or at least accept — the same philosophy. “He’s a lot more conservative than I’d like,” said Melissa R. Cigarroa, board president of the Rio Grande International Study Center. “But he doesn’t stop working for the community.”

But supporters of Ms. Cisneros argue that the emphasis on border security has not helped create legal pathways to citizenship. They also argue that it does little against an “us-versus-them” approach practiced by Republicans that has endangered asylum seekers and migrants. “Cisneros comes from that side, from helping families,” said Juan Livas, an immigration activist and co-founder of the Laredo Immigrant Alliance.