Inflation eased in April but was still close to a 40-year high. 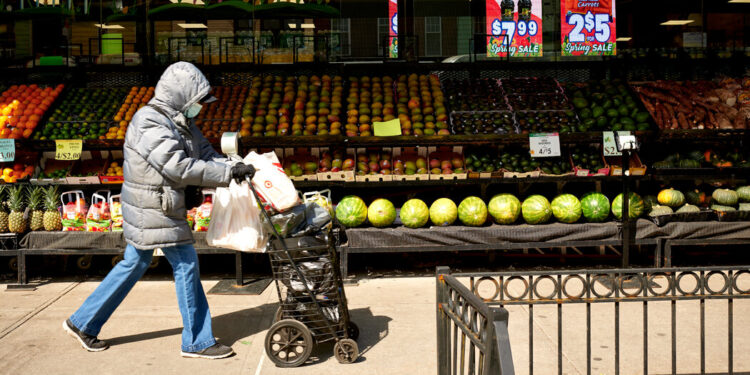 A key measure of consumer prices showed that inflation eased in April but remained close to its four-decade high.

The personal consumption expenditure price index rose 0.2 percent from March last month and was 6.3 percent higher than a year earlier, the Commerce Department said Friday. That’s less than the 6.6 percent annual increase in March, the highest inflation rate since 1982.

Economists and investors keep a close eye on the index, an alternative to the better-known consumer price index, as the Federal Reserve prefers it as a measure of inflation. The central bank has raised interest rates and announced it will cut asset purchases in an effort to cool the economy and tame inflation.

The inflation slowdown in April was largely due to a decline in the price of gasoline and other energy sources. Gas prices rose in February and March, largely as a result of the Russian invasion of Ukraine, before moderating somewhat in April. However, they have risen again in recent weeks, which could push inflation measures back up in May. Food prices have also risen rapidly in recent months, a pattern that continued into April.

By eliminating volatile food and fuel categories, consumer prices rose 4.9 percent in April from a year earlier. That core measure, which some economists consider to be a more reliable guide to the underlying inflation rate, was 0.3 percent higher than a month earlier, little change from the pace of growth in March.

The relatively tame rise in core prices in the data released Friday contrasted with the sharp acceleration in the equivalent measure in the Consumer Price Index report released this month by the Labor Department. However, the divergence was mainly the result of differences in how the two measures count air fares, and economists said the Fed was unlikely to take much comfort in the Commerce Department’s data.

“My suspicion is that they will probably see through the delay,” said Omair Sharif, the founder of the research firm Inflation Insights. He noted that the core index also slowed last fall, only to pick up again at the end of the year, overtaking the Fed.

Many forecasters believe that headline inflation peaked in March and that April marked the beginning of a gradual cooling. But the recent recovery in gas prices threatens to complicate that picture. And even if inflation continues to decline, prices will still rise much faster than the Fed’s target of 2 percent over time.

“Inflation has been high and rising for the past year and we are now at a point where it is high and falling,” said Tim Quinlan, senior economist at Wells Fargo.

It is unlikely that the public, Mr Quinlan added, would view the slight moderation in inflation as a celebration.

“For them, the annual price increase doesn’t matter,” he said. “Is the reason a crappy lunch now costs $12?”