Inside the Audition for Democrats’ Next Crusading Attorney General 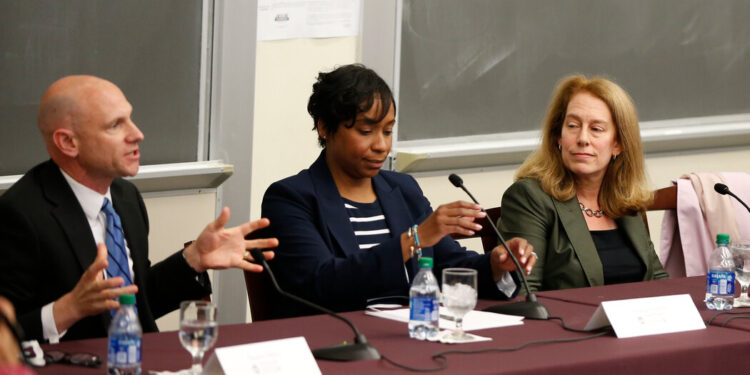 “It’s the people’s advocate,” said Marie St. Fleur, a former assistant attorney general in Massachusetts who is close to Campbell. “That’s who we are.”

This weekend, the three candidates will face their first test when delegates from the Democratic Party’s state convention will vote to decide who will receive the party’s approval. Any candidate who does not get 15 percent support from the delegates will not qualify for the primary.

Palfrey and Liss-Riordan attacked Campbell for refusing to turn down a super PAC, Better Boston, which had spent $1.6 million in support of her mayoralty. Palfrey has said the donations could create “a conflict of interest” if Campbell becomes attorney general. Both prompted Campbell to sign the People’s Pledge, an accord popularized by Senator Elizabeth Warren to reject corporate donations. She declined.

“That’s probably because they realize Campbell has the first lead,” said David Paleologos, the director of the Suffolk University Political Research Center, who has seen private polls in the race heavily favoring Campbell.

Better Boston hasn’t spent any money in the attorney general’s race so far, though it hasn’t stopped either. Donors include Reed Hastings, a Netflix chief executive, who brought in $250,000; Andrew Balson, a former director of Bain Capital, who also gave $250,000; and Jim Walton, an heir to the Walmart dynasty, who donated $45,000. Sonia Alleyne, a former bank executive listed as the group’s chairman, did not respond to emails.

Critics of corporate money in politics say the looming presence of the super PAC in the race is unprecedented and has the potential to be corruptive even if the group is not currently active.

“I’m not aware of any super PAC spending in a Massachusetts attorney general’s race, ever,” said Jeff Clements, the president of American Promise, a nonprofit that supports tightening campaign finance laws. and a former head of the public law enforcement agency in the Massachusetts Attorney General’s office. “If that kind of brute force can be used to decide who can be a state’s chief law enforcement officer, that’s a big deal.”