Is American Democracy Built to Last? 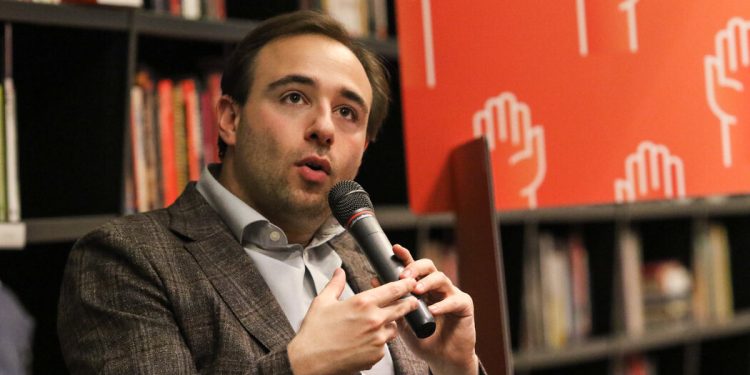 When Yascha Mounk spoke on a German television program about the rise of authoritarianism in Western democracies, he never expected that a seemingly innocuous comment would cause such a stir.

“We are embarking on a historically unique experiment — that of turning a mono-ethnic and monocultural democracy into a multi-ethnic one,” Mounk said.

“L to think it will work,” he continued, betraying any doubt in his mind. “But of course it also causes all kinds of disruptions.”

The observation made Mounk a direct target of extremists on both sides of the Atlantic. “Who agreed to this experiment?” a far-right German website raged. The Daily Stormer, an American neo-Nazi website, attacked Mounk’s Jewish heritage with an allusion to Auschwitz.

That experience inspired Mounk’s new book, “The Great Experiment: Why Diverse Democracies Fall Apart and How They Can Endure,” which warns that countries like the United States are not as stable or immune to violent conflict as they seem.

“The history of diverse societies is grim,” Mounk writes. As he surveys the turbulent history of the world’s democracies, he worries that they have “disturbingly little experience” of being truly inclusive. Politicians like Donald Trump, Marine Le Pen and Viktor Orban, he says, could only be the vanguard of a backlash against ethnic and religious diversity that could end democracy as we know it.

This is a book that Mounk, a public intellectual and political scientist at the Johns Hopkins University School of Advanced International Studies, is ideally suited to write. Born in Munich of the descendants of Polish Holocaust survivors, educated at Cambridge University and Harvard, naturalized as an American citizen, he describes himself as a “Jew with an unplaceable accent” – a self-mockery for his lifelong experience of feeling like a cultural outsider wherever he goes.

Our conversation, edited for length and clarity, is below.

It’s in the title of your book. So tell us, why are different democracies falling apart?

It’s tempting to think that building a diverse democracy doesn’t have to be hard. You know, how hard is it to be tolerant? How hard is it not to hate your neighbor for irrational reasons? But the more I thought about it and researched the subject, the more I realized that this is really something very difficult.

Part of the reason for that is human psychology. We have a deep-seated instinct to form groups and then discriminate against anyone who doesn’t belong.

We know from history that many of the most brutal crimes and conflicts that mankind has endured were largely motivated by ethnic, religious, racial and sometimes national differences. From the Holocaust to Rwanda, you can find examples from virtually every century of recorded history.

As a little D Democrat, I’d like to think that democratic institutions can help resolve those conflicts, and in some ways they can. But in one important way, democracy makes managing diversity more difficult.

Democracy is always a quest for majorities. And so, if I’m used to being in the majority, but now that you’ve got more kids than me, or if more immigrants come in who look like you rather than me, there’s a natural fear that I’ll suddenly lose some of my mine. power. And we can see this in the form of the demographic panic that is motivating so many of the far right in the United States and many other democracies today.

And why do you call it a ‘great experiment’?

Because there is no precedent for highly ethnically and religiously diverse democracies that basically treat all their members as equals.

As a student of the rise of populism and the crisis of democracy, I have been struck in recent decades by the way people from Donald Trump to Viktor Orban to Narendra Modi to Marine Le Pen are exploiting the fear that inspired the great experiment.

One reason for their success is not only that they have a powerful story, but also that the mainstream and left have failed to counter that pessimism and have instead responded with their own pessimism, which I think is highly counterproductive. .

Can you expand that a bit?

Let’s take the situation of immigrants in Western Europe and North America.

The majority still come from countries that are much poorer and have much lower educational opportunities. This allows the far right to tell a story that immigrants do not learn the language, are not interested in integrating into the host society and will never be economically productive.

The left usually rejects that assignment of blame. But it goes on to reiterate many of its key findings, which are that immigrants are excluded from the mainstream of society, that they are really much poorer, that they do not experience socioeconomic mobility. The only difference is that the left blames those problems on discrimination or racism and other forms of structural injustice.

Immigrants – and especially non-white immigrants – undoubtedly experience severe forms of discrimination and racism. But when I started writing the book, I looked at the best empirical evidence we have about how immigrants are doing. It turns out that the first generation often has a bit of a hard time, but their children and grandchildren are rising very quickly in the socio-economic ranks.

You worry about the breakdown of American democracy. Tell us why.

I sometimes joke that I’m a democracy hipster: I started arguing in 2014 and 2015 that democracy was in danger, before it was cool. I saw the rise of authoritarian populist candidates and parties in many countries around the world. If they weren’t already in power, they were within reach.

The most dangerous thing about them is anti-pluralism, the claim that they alone represent the people. That drives them to concentrate power into their own hands and to refuse electoral defeats.

So in that sense, there’s nothing special about the way Trump has behaved while in office, or for that matter, how he has refused to accept his defeat as legitimate. For him, it is a conceptual impossibility that the majority of his compatriots would have elected President Biden.

When Trump first won the election in 2016, I don’t think he realized the extent to which various institutions were holding back his power. If reelected in 2024, he would be much more determined to focus power into his own hands from day 1. A second Trump presidency would be far more dangerous than the first.

What about the second part of the book title, which is how democracies endure? How does the United States transcend the historical pattern that worries you?

That is a very difficult task. Our country today is still deeply shaped by the extreme forms of injustice that have distorted it for centuries. It would be naive to think that we can completely overcome that legacy in a matter of years.

But people sometimes forget that, as late as 1980, a clear majority of Americans thought interracial marriages of any kind were immoral. Today, that number is limited to the single digits.

More broadly, one of the most dangerous ideas in American politics is the idea that demographics are destiny. It is deeply harmful. It fuels right-wing extremism and left-wing identity politics, despite the fact that simple demographics — whites versus people of color — no longer represent the country’s complex reality.

Thus, one of the main tasks of both political parties is to promote the racial depolarization of the American electorate. The country would be much better off if the Republicans really tried to build a multi-racial coalition of the working class and if the Democrats didn’t give up many of the predominantly white states.

I don’t want to live in a country where I can walk down the street, look at someone’s skin color and know with a high degree of certainty who they are voting for.

Farewell to a Secretary of State

On Politics regularly shows work by Times photographers. This is what Kenny Holston told us about capturing the image above:

Organizing a funeral service can often be a challenge. My goal during Albright’s service was to capture scenes that would capture the depth of what those in attendance might feel, while also providing clear coverage for Times readers.

Among Albright’s family, friends and former colleagues were three presidents – Joe Biden, Barack Obama and Bill Clinton – as well as Michelle Obama and Hillary Clinton. It is rare to get the chance to take such pictures. I did my best to put together an image that I believe spoke of the importance of the life Albright led.