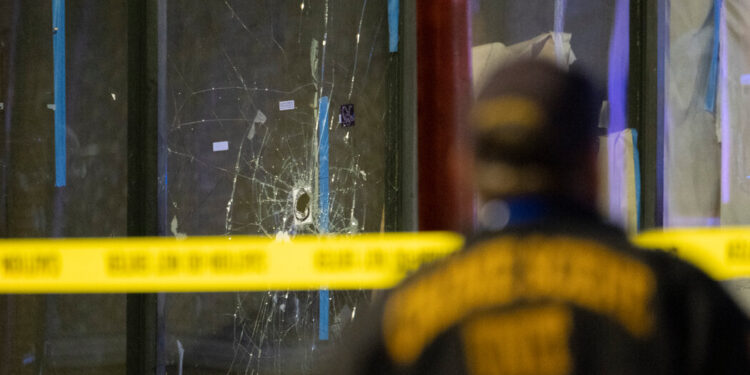 Nevertheless, despite all its enormous investigative powers, the federal government plays a supportive role when it comes to fighting street crime. The Department of Justice is prosecuting major drug and arms trafficking cases, providing technical assistance with weapons detection and the analysis of other evidence, and distributing billions in grants to supplement local chapter budgets, mostly paid for by taxpayers in the United States. region.

In the past year, Attorney General Merrick B. Garland announced a series of steps designed to bolster efforts to curb the rising crime rate, encouraged by a White House concerned about the serious political implications of the perception that they let the situation spiral out of control.

They include the creation of five “strike forces” that work with local law enforcement to disrupt the firearms trade; a Drug Enforcement Administration initiative to fight drug-related violent crime and tackle overdose deaths in 34 cities, including Philadelphia, Chicago, Memphis and Detroit; a $139 million initiative to hire 1,000 officers in understaffed local branches; and a rule effectively banning the manufacture and sale of homemade “ghost guns,” which fuel gun violence on the West Coast.

In December, Congress provided $1.6 billion in additional funding for departments and community groups to tackle violent crime and community justice. Associate Attorney General Vanita Gupta, who has sought to balance support for local law enforcement with the administration’s social justice agenda, oversees some of those initiatives.

The number of prosecutions has also increased. In recent weeks, the department has opened a series of major gun cases, including an indictment of an illegal Texas arms dealer who sold 75 guns that were subsequently linked to murders, drug deals and other crimes.

But the biggest recent boost, from the department’s perspective, is arguably one of the least noticeable: the confirmations of U.S. attorneys whose nominations had previously been blocked by Republicans in the Senate, giving frontline federal prosecutors more stability in the process. to pursue cases aggressively. One of them is Jacqueline C. Romero, the new chief of the Eastern District of Pennsylvania, which includes Philadelphia, who took over the office shortly before Mrs. Monaco’s visit.