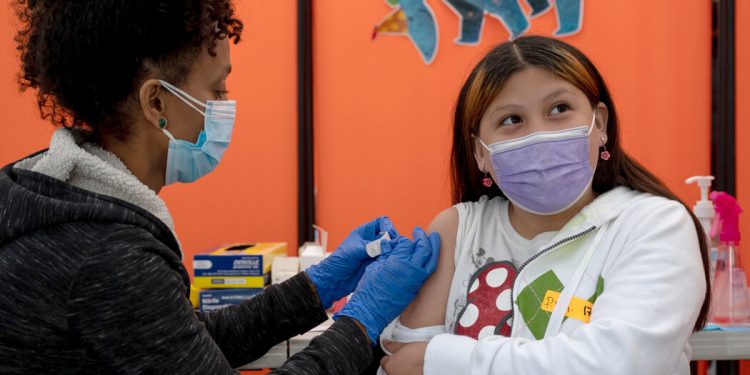 Hundreds of children ages 5 to 11 have died of Covid since the start of the pandemic, according to the Centers for Disease Control and Prevention, but pediatric injections have been a hard sell for many parents. Only about 28 percent of children in that age group have received two doses and would qualify for a booster. About 7 percent have received one dose, according to agency data.

There was an initial rush for injections after they were first offered to children ages 5 to 11 in November, but the increase in vaccination rates then slowed to a crawl. It rose by one percentage point in the past month.

dr. Edwards said some parents believed that their children were unlikely to become seriously ill, while the injections were unknown. Some studies indicate that 45 percent of children who become infected have no symptoms, she said.

“The problem is, we can’t predict who will get sick and who won’t,” said Dr. Edwards. And among those who do get sick, she said, “there will be children who will be hospitalized, and a few will die.”

dr. Sally Goza, a pediatrician in Fayetteville, Georgia, and former president of the American Academy of Pediatrics, said some parents saw no reason to take action because they viewed the pandemic as suppressed. “I’ve had parents come into my office and say, ‘Covid is over. I don’t have to worry about that,’ she said.

To some extent, she said, parents are also stunned by a spate of infections. “People are tired of dealing with it,” she says. “They’re like, ‘We’re just going to take our chances.'”