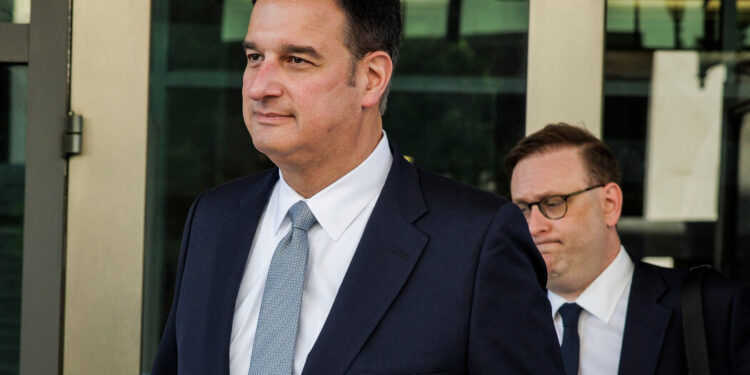 Sussmann’s case includes a minor indictment — an allegation of lying to the FBI at a 2016 meeting — but is fraught with partisan undertones. It is also a test for the special counsel who filed it, John H. Durham, as it is his first case to go to trial since he was appointed three years ago to search the Trump-Russia investigation for any wrongdoing.

Two prosecutors told a jury that there was no doubt that Mr. Sussmann lied to the FBI to hide his clients — including the Clinton campaign — during the September 2016 meeting, which focused on suspicious data that cybersecurity experts said had been stolen. the possibility of a secret channel of communication between Russia and someone close to Donald J. Trump.

“It was not about national security,” said one of the prosecutors, Jonathan Algor. “It was about promoting opposition research against the opposition candidate – Donald Trump.”

But one attorney, Sean M. Berkowitz, portrayed the case as full of uncertainties—including about what Sussmann actually said, whether it was false, and whether it mattered whether he was there on behalf of clients, given that the FBI is said to have investigated the case. tip regardless. Each was a way to find reasonable doubt and vote for acquittal, he said.

“Mr. Sussmann’s freedom is at stake,” he said. “The time for political conspiracy theories is over. Now is the time to talk about the evidence.”

A ruling is not expected until Tuesday.

The case revolves around strange internet data that cybersecurity researchers discovered in 2016 after it was revealed that Russia had hacked Democrats and Mr. Trump encouraged the country to hack into Mrs. Clinton’s emails. The researchers said the data may reflect a covert communication channel that uses servers for the Trump Organization and Alfa Bank, a Kremlin-linked bank.

The researchers began working with Rodney Joffe, a technology executive who was an expert at the kind of Internet data they were scrutinizing. Mr Joffe raised the suspicions to Mr Sussmann, who at the time represented the Democratic National Committee on matters related to Russia’s hacking of his email. A partner at Mr. Sussmann’s law firm, Marc Elias, was the general counsel to the Clinton campaign.

Mr Sussmann and Mr Joffe tried to get reporters — including Eric Lichtblau, then of DailyExpertNews — to write about the case, arguments at the trial showed. Mr. Sussmann went on to brief Mr. Elias about those efforts and discussed the matter with an opposition research firm that the Clinton campaign had hired through Mr. Elias called Fusion GPS; the company drafted a document on Alfa Bank’s ties to the Kremlin that Sussmann later gave to the FBI

On September 18, 2016, shortly after receiving an email claiming that Mr. Trump was angry over a Russia-related article soon to be published, Mr. Sussmann texted James A. Baker, the general counsel of the FBI, and asked to meet the next day. He indicated that he was not coming on behalf of a client, but to help the FBI

The team of mr. Durham has Mr. Sussmann of making the same claim when he met Mr. Baker met. In reality, prosecutors allege, Sussmann hid two of his clients: Mr. Joffe and the Clinton campaign.

Algor told the jury Friday that the attempt was a conspiracy to devise an “October surprise,” meaning a groundbreaking revelation late in a campaign, by getting the FBI to open an investigation so reporters would write about it.

The FBI — which had already opened an investigation into possible links between Mr Trump’s associates and Russia on other grounds — briefly reviewed Alfa Bank’s suspicions and quickly dismissed them.

In late October, Slate published an article on the case, but it did not mention an FBI investigation. That same day, The Times published an article co-authored by Mr. Lichtblau, which reported Alfa Bank’s suspicions, but that the FBI had so far found no convincing or direct link between Mr. Trump and the Russian government.

The closing arguments centered on whether Mr Sussmann was repeating what he said in his text message to Mr Baker at their meeting the next day – a crucial technical issue, as he will only be charged for what he supposedly said during the meeting itself.

Mr Algor and another accuser, Andrew DeFilippis, told the jury that the evidence left no doubt that Mr Sussmann repeated to Mr Baker’s face that he was not there on behalf of a client.

But Mr. Berkowitz pointed to Mr. Baker’s varying memories of that meeting. And he noted that Mr. Durham had investigated Mr. Baker for an unrelated crime but did not charge him, insinuating that the witness had a reason to remember what the prosecution wanted to hear: “It is no wonder he the process spoke.”

Against that notion, prosecutors emphasized that on Sept. 13, Mr. Sussmann bought thumb drives from Staples that he later spent on the Clinton campaign; at the Sept. 19 meeting, he gave USB sticks to the FBI. mr. DeFilippis called that “damaging evidence.”

Mr. Berkowitz mocked that evidence — a Staples receipt, he noted — saying it was a time when Mr. Sussmann was doing all kinds of campaign work. He also stressed that Mr. Sussmann had not charged the campaign for his cab rides for the FBI meeting, nor had he recorded an “FBI meeting” in the billing records, as was his custom for such meetings.

And Mr. Berkowitz cited testimony from Mr. Elias and Mrs. Clinton’s campaign manager, Robby Mook, that they did not order or authorize Mr. Sussmann to go to the FBI and did not see that move in the interest of the campaign. They testified that they had just wanted The Times to publish an article; mr. Baker testified that the FBI gave Mr. Lichtblau had asked not to publish anything so that it could investigate first.