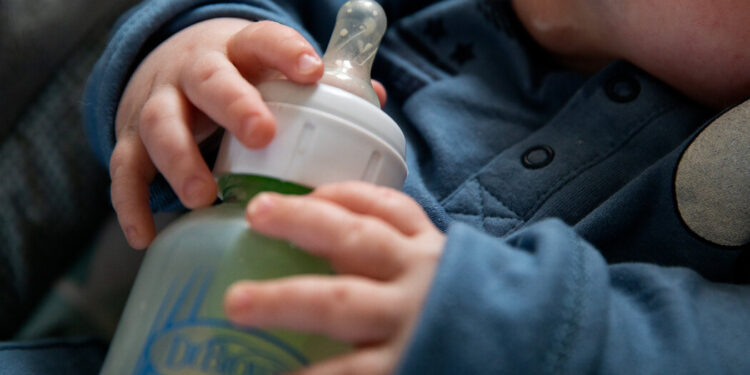 To help alleviate the shortage, the Department of Agriculture has issued waivers to states that would give WIC recipients more flexibility to choose alternative formula brands and sizes, although not every state has approved all waivers.

While the bidding process could limit competition, the federal government saves about $1.7 billion each year with states negotiating discounts. Tiare Sanna, the director of Oregon’s WIC program, said moms in the state are now having a hard time finding a formula because the state has a contract with Abbott, but the bidding system normally allows the state to get a larger number. participants because it is able to buy more formula at the discounted rate.

“If we had to use our WIC food dollars to buy shelf-price formula, we would have to significantly reduce the number of participants we serve,” said Ms. Sanna. “So this is one way to enable us to help the greatest number of babies possible, but I do recognize that it can cause problems.”

The Biden administration has announced a series of steps to address the shortages, including invoking the Defense Production Act to ramp up production and deploying Department of Defense aircraft to accelerate shipments to the United States. Still, officials on Thursday acknowledged that the shortage was expected to last into next month, largely because the Abbott plant has yet to restart production.

Many Republicans, including minority leader Senator Mitch McConnell, have blamed President Biden for the deficits and said the government should have acted more quickly to mitigate the effects of the plant’s shutdown.

Those who have tried to break into the infant formula market say the current situation demonstrates the need for increased competition and changes in rules that seem designed to thwart new entrants.

“What I discovered is that this is a very intricate, complex and somewhat corrupt industry,” said Laura Modi, an entrepreneur who, after the birth of her first child in 2016, decided to start a European-style organic infant formula company. that she believed this would be a better option than what was available in the United States.