The end of a US travel mask mandate is greeted with elation and dread. 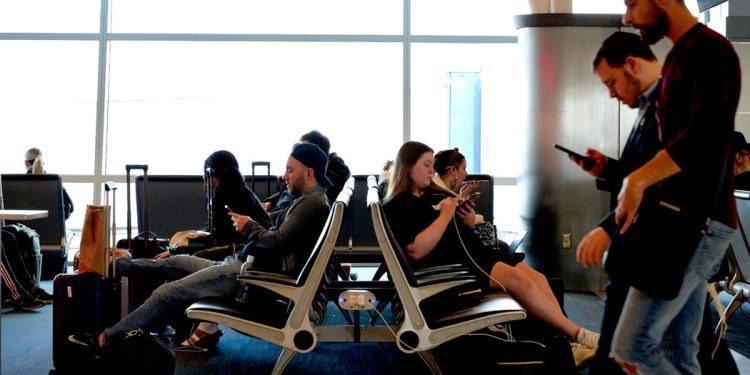 Americans greeted the lifting of mask mandates on planes, trains, buses and public transit with a mixture of joy, relief and alarm on Tuesday, marking an abrupt end to a directive that had been widely in effect in various forms for nearly two years.

The Transportation Security Administration, airlines, public transit officials and carriers began announcing the end of enforcement of the mask mandate after a federal judge ruled against the requirement Monday. However, some transit agencies, including the MTA in New York, said they would continue to need masks for the time being.

Some airline passengers received the news at airports or in-flight and shared celebratory photos and videos on social media. That elation has been accompanied by the nervousness and fear of other people who fear the end of the mandate would increasingly expose them and their loved ones to the coronavirus as a new strain increases the number of cases in the United States.

Monday afternoon, Peter Shankman, 49, took a United Airlines flight from Denver to Newark. Shortly after boarding, the pilot announced that masks were not mandatory, but that those who took them off should have respect for those who chose to keep them on. Most of the people around him continued to wear masks even after that announcement, but only a few put their coverings back on after dinner.

“I kept mine all over the plane,” he said.

Mr. Shankman travels frequently for his work as a corporate keynote speaker and has noticed that he has been getting sick much less frequently since he started wearing a mask. ‘I could go on,’ he said, adding, ‘It is a small piece of cloth; that is not so clumsy.”

He is not alone. Support for the mask mandate has declined, but most Americans still support it, according to a few recent surveys. According to a Harris Poll poll conducted earlier this month, at least 60 percent of adults were in favor of maintaining the mandate. The Morning Consult reported this month that a similar percentage of adults in its poll supported a mask requirement, with those traveling in the coming months most likely to support the mandate.

For many flight attendants, the lifting of the mandate was a relief. Flight crews have faced a spate of threats and violence from passengers over the past two years. In many cases, the anger is fueled by bellicose opposition to adherence to the mask mandate, which is enforced by aircrews on airplanes.

“I have had nothing but extremely positive feedback,” said John Samuelsen, the international president of the Transport Workers Union, which represents thousands of flight attendants and other employees of airlines, railroads and carriers. “There was and remains a tension in the air.”

David Neeleman, the founder of JetBlue Airways who is now CEO of a new company, Breeze Airways, said he and many of his crew members welcomed the news.

“They don’t like being police officers on planes,” he said. “It’s not something they signed up for and I think it creates more excitement among customers.”

Unions representing flight attendants and pilots have long called for stronger action to address the rise in violence, and many welcomed a recent bill in Congress that would impose harsher sentences on those convicted of assaulting aircrews and those would post a no-fly list.

Jonathan Russell Biehl, a pilot for Delta, was halfway between Tampa and Minneapolis Tuesday night when he received a message that the TSA was no longer enforcing the mask rule.

“I would say this is the day I have been waiting for a very long time,” said Mr Biehl, who served as first officer on Tuesday. “It’s really exciting not to be forced to wear a mask against my will.”

A video he shared shows passengers cheering when the captain announced masks were optional. When he got off the plane in Minneapolis at about 8:30 p.m., he was not wearing a mask.