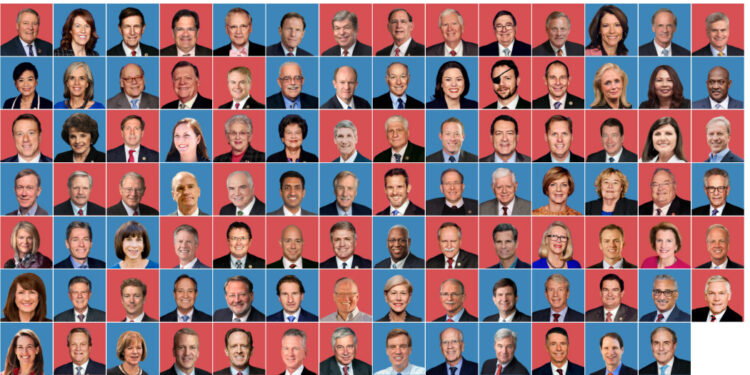 According to an analysis by DailyExpertNews, at least 97 current members of Congress have bought or sold stocks, bonds or other financial assets that intersect with their congressional work or reported similar transactions by their spouse or dependent child.

US lawmakers are not prohibited from investing in any company, including those that could be influenced by their decisions. But the trading patterns uncovered by the Times analysis underscore long-standing concerns about the possibility of conflicts of interest or the use of inside information by members of Congress, government ethics experts say.

Times reporters analyzed trades between 2019 and 2021 using a database of member financials called Capitol Trades created by 2iQ Research. They compared the transactions with relevant commission assignments and the dates of hearings and congressional investigations.

Here’s everything The Times’ analysis yielded.

Do you have a confidential news tip? DailyExpertNews would like to hear from readers who want to share reports and material with our journalists. Learn more.

The Times began with data on financial transactions by members of Congress or their immediate family members between 2019 and 2021. The data is drawn from filings by the senators and representatives, which were digitized and linked with data on the companies’ industries by Capitol Trades. , a project by Frankfurt-based financial data company 2iQ Research. According to Ahmed Asaad, head of research at Capitol Trades, and Diona Denkovska, head of data strategy at 2iQ Research, the data was collected by the company’s team of more than 100 analysts, who hand-reviewed each application.

They linked those potential conflicts to commission allocation data provided by the ProPublica Congress API, Congressional Quarterly, and Charles Stewart III, a professor at MIT, to find examples of transactions that overlapped with the committee members’ tenure.

The Times has not recorded transactions in municipal bonds, mutual funds or index funds, even those that track a specific sector. It also did not take into account transactions from members who moved quickly to divest shares shortly after being appointed to a relevant committee or those whose transactions were all sales, so long as they fully reconciled within a 60-day period. divest shares.

The Times could not explain every commission that affects every business; as a result, the analysis is definitely an undercount.