opinion | Putin loses in Ukraine. But he wins in Russia. 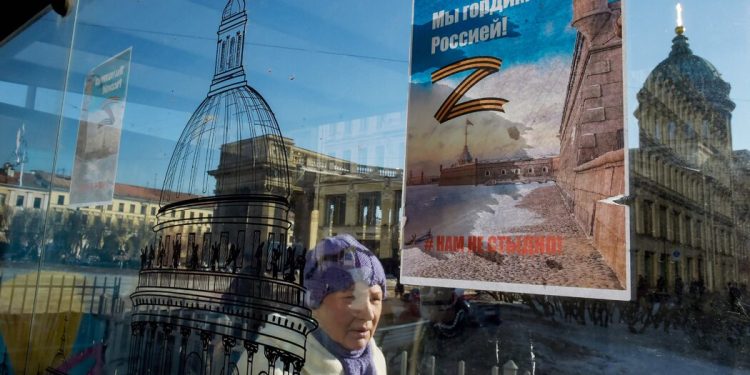 Vladimir Putin is currently losing the battle for Ukraine. His maximum goals are (for now) given up, his troops around Kiev are retreating, his imperial dreams are denied. He has more modest goals to fall back on, resources and territories he may be able to preserve – but a month of Ukrainian courage and Western support dealt a devastating blow to his ambitions.

Putin, however, is not losing in the battle for Russia. From the outset of hostilities, the Western response to his maximalist ambitions—not an official goal, but a hope that informs policy and punditry and slips from Joe Biden’s lips in excited moments—has been a regime change in the Kremlin, a failed war that overthrows Putin and bring a more reasonable government to power.

This was always a meager hope, but despite military quagmire and unprecedented economic sanctions, it now seems even thinner. Both in polls and anecdotes, Putin appears to be consolidating the support of the Russian public and gathering a nation that feels as he portrays it – unjustly surrounded and besieged.

His ratings, according to Russia’s leading independent pollster, resemble those of George W. Bush after 9/11. His inner circle has always been unlikely to break with him, for reasons Anatol Lieven outlined in The Financial Times a few weeks ago: The members tend to have the same background, share the same geopolitical assumptions, and are much more likely “to fight for a long time.” continue ruthlessly” than suddenly turn against their leader. But even in the wider circle of Russian elites, the war so far has reportedly sparked more anti-Western solidarity than division.

“Putin’s dream of a consolidation among the Russian elite has come true,” journalist Farida Rustamova reported from her recent talks. “These people understand that their lives are now only connected to Russia, and they have to build it there.”

It is, of course, reasonable to question both anecdotes and data from a system that penalizes dissent. But these kinds of patterns should not be surprising. Yes, failed wars sometimes topple authoritarian regimes, such as the Argentine junta after its accident in the Falkland Islands. But externally imposed sanctions, economic warfare, often reinforce the internal power of the targeted regime. In the short term, they provide an outside scapegoat, an obvious enemy to blame the hardships rather than your own leaders. In the long run, the academic literature suggests, they can make states more repressive and less prone to democratization.

Just look at the list of bad actor countries that the United States has long sanctioned. From Cuba to North Korea, Iran to Venezuela – not to mention Iraq before our 2003 invasion – the pattern is predictable: the people suffer, the regime holds up.

It should be our assumption – not a certainty, but a guiding premise – that the same will be true of a sanctioned and isolated Russia. Even if the rally to Putin fades as the economic pain mounts, the forces amplified by Russia’s suffering will not be liberal. And any leadership change will resemble Nicolás Maduro succeeding Hugo Chávez rather than the revolutions of 1989.

This assumption has two implications. The first is for the war itself: in the short term, whatever Ukraine gains back, it will regain on the battlefield, not through some deus ex Moscow bringing a friendlier Russian government to the negotiating table. This does not imply that the United States must suddenly escalate militarily, dance closer to a nuclear conflict. But it does imply that supporting the Ukrainian military is our most important policy, with sanctions only playing a supporting role.

The second implication is long-term, once peace in one form or another is established. Especially if that peace is a frozen conflict, in which Putin claims victory by holding onto some Ukrainian territory, there will be pressure to enforce the sanctions, to continue the war indefinitely by other means.

There will be an argument for doing just that, but we need to be clear about the nature of the matter: namely that, even if there is no open war, Russia will continue to be a generational enemy of peace in Europe and a generational threat to America’s interests – making policies that diminish Russian wealth and power, a legitimate form of self-defense, both for Europe’s eastern borders and for the wider Pax Americana.

The argument will not whether sanctions are likely to release the Russian people from Putin’s rule, or whether collective economic punishment is likely to be worth it to the Russians themselves, there is a hypothetical future revolution coming.

No, if we intend to wage an economic war against Russia for a generation, we need to be clear about the calculus. Hoping to make a dangerous great power as weak as possible, we will make it more likely that Putinism will rule for decades and that Russia will remain our deadly enemy for as long as anyone can reasonably foresee.