opinion | “We all have a duty to ensure that what happened on January 6 never happens again.” 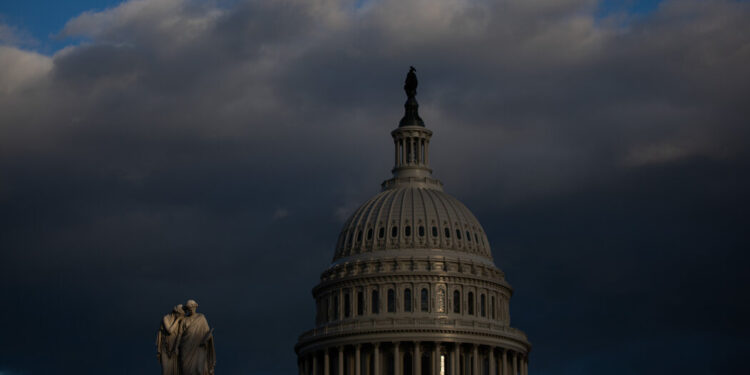 On Thursday night, a congressional committee began an unwavering conversation with the citizens of this country about, in the words of the committee chairman, Donald Trump’s latest position, his attempt to incite the enemies of the Constitution to undermine American democracy.

Facts about what happened during the January 6, 2021 attack were clearly and soberly set out. Videotaped testimony underscored those findings. The former president’s battle cries and the subsequent breakthrough of the Capitol were on display for all to see.

It was the first of a number of hearings by the Jan. 6 committee that are in part for the history books. But the importance of the hearings isn’t just about holding Mr Trump, his allies and the flag-draped thugs storming the halls to account. The hearings challenge all Americans to recommit themselves to the principles of democracy, to question how important those values ​​are to us, and to confront the threats posed to our democratic way of life.

Those threats are real and present as Mr Trump prepares to potentially re-seek the office he’s already violated once. The committee is doing its duty to defend against these threats by providing evidence that the attack on the Capitol was not an isolated event, that it was a coordinated attack and that it continues to this day. It is our duty, as American citizens, to participate fully in this process by reviewing and assimilating the evidence from the commission and thinking about what it would mean for our democracy if Mr. would run for president.

The eloquent reticence of the committee’s leaders was equal to the weight of the task before them. The chairman, Bennie Thompson, a black former teacher from Bolton, Miss., called back to history. He invoked the words of Abraham Lincoln, who wrote before the critical election of 1864: “This morning, as in the past few days, it seems exceedingly probable that this government will not be re-elected. Then it will be my duty to so together to work with the President-elect”, by making a solemn commitment to accept the results, even if a loss would have meant the end of our Union.

The vice chair, Liz Cheney of Wyoming, who has been marginalized by her fellow Republicans for condemning Mr Trump, warned of the judgment of future generations. Focusing on her colleagues’ defense of “the indefensible,” she said, “There will come a day when Donald Trump is gone, but your dishonor will remain.”

The chilling videos and interviews broadcast over the two hours of the hearing did much more than recreate the familiar horrors. Revealing and dramatic, they showed how Mr Trump urged his followers to violate the Constitution and refused to restrain them, even when his most loyal associates begged him to do so.

Republican politicians, with brave exceptions like Ms. Cheney, have dismissed the hearings as insignificant, a partisan show trial, and an unwarranted political attack on Mr. Trump. House Republican leader Kevin McCarthy — whose office was flooded in one of Thursday night’s clips — said Congressional Republicans will issue their own report on Jan. 6, focusing on security preparations. This deception tries to obscure the truth of what’s in those images: Many of the same Republicans had to flee their rooms in panic as a howling mob swept through the Capitol.

The lack of full Republican participation in the hearings does not diminish its importance. Rather, the absence has prompted Mr. Thompson and Ms. Cheney to ensure that any allegation they make is supported by evidence. Trump’s hitherto loyal Attorney General William P. Barr testified that he told the president his allegations of a stolen election were “bullshit.” Ivanka Trump, the president’s daughter, said she accepted Mr Barr’s conclusion. And some of the same Republicans who are now downplaying January 6 are said to have asked for a presidential pardon in the aftermath.

These politicians know that something truly terrible happened on January 6, and confronting it is essential to healing our divided nation. At least 20 million people watched the opening hearings on Thursday; our democracy will be strengthened if they are followed and experienced by all, in the same way that the Senate Watergate hearings on the misdeeds of a previous president in 1973 paralyzed the nation.

Today’s stakes are arguably much higher: this investigation is an attempt by our democracy’s elected representatives and officials to find out how it was all but undone. As Ms. Cheney said, “We all have a duty to ensure that what happened on January 6th never happens again.”

The Americans who still believe in Mr Trump and his grievances may disagree with the conclusions the committee draws, but we urge them to see and hear the evidence the committee has collected from 1,000 witnesses interview and collect more than 140,000 documents.

Those Americans who were shocked by January 6 should also not turn away in the belief that they already know what happened. There is much more to come in future hearings that has not yet been made public. Gaining a deeper and more detailed understanding of the forces at work in the White House, among the Republicans speaking and texting that day, and in the Capitol is essential to facing an essential truth about democracy. see: that it depends on leaders committed to the peaceful transfer of power.

The rebellion and the lies that led to it, as Mr. Thompson put it, “have endangered two and a half centuries of constitutional democracy.” The danger will remain until the Americans fully face what happened that day. The committee gave us that opportunity.