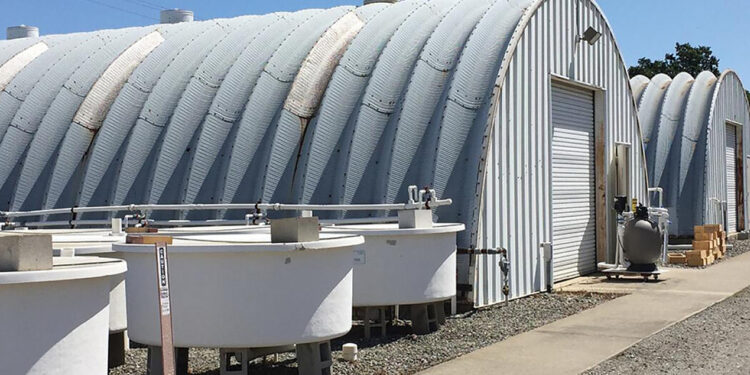 About 21,000 fish at an aquatic research center at the University of California, Davis, died from chlorine exposure in what the university described as a “catastrophic failure” that had shocked researchers and significantly delayed their studies.

The university said in a statement it would investigate “where our process failed” and initiate an independent external review.

“We share the sadness of the faculty, staff and students who have worked to care for, study and conserve these animals,” said UC Davis.

The fish were found dead Tuesday in several tanks of the Center for Aquatic Biology and Aquaculture, which sits on five acres and is home to research programs focused on preserving California aquatic species and supporting sustainable aquaculture production, according to the website of the centre.

Laurie Brignolo, executive director of the Research and Teaching Animal Care Program at UC Davis, said on Sunday that university officials believed the source of the chlorine was a chlorination system used to disinfect water with fish pathogens.

If that was indeed the source, university officials didn’t know how the chlorine got into the aquariums. One possible explanation would be that there was a backup in the water supply system that caused the chlorine to go the wrong way, Ms Brignolo said.

UC Davis said it is committed to “understanding what happened and making changes to the facility” to prevent a similar outage from happening again.

The university said that while many of its other aquatic research facilities “don’t have a comparable potential for chlorine exposure, there are those that do,” and that it would evaluate the risk.

The center, which was built in the 1950s, had never seen such a “comprehensive loss” of fish, Ms Brignolo said. Workers complete “daily quality assurance of the pump and the water passing through it,” she added. The night before the loss, she said, the 21,000 or so fish had been checked.

Overnight, however, enough chlorine had gotten into the tanks to produce a comparable amount to tap water — a dangerously high amount for fish, Ms Brignolo said. Fish should not be kept in water that contains even small amounts of the chemical.

The chlorine damaged the sensitive gills and skin of the center’s several fish species, including the endangered green and white sturgeon and Chinook salmon.

Within 12 hours almost all the fish were dead.

Ms Brignolo said she received an email from the center’s manager on Tuesday morning, who was one of the first to arrive that day. The manager saw thousands of fish dead, Ms Brignolo said, calling it a “tragic loss.”

Workers in the center went tank by tank and counted the losses. Only about 100 fish had survived.

Some researchers and graduate students had used the fish to study the effects of disease and environmental change on certain species.

The massive loss of fish at the center won’t stop researchers’ investigations completely, but it will set them back significantly, some for years, Ms Brignolo said.

The loss has also taken an emotional toll on those who work there. The university has set up a grief counseling program for the affected students and staff.

“Their role is to provide a safe environment for various fish used for research purposes,” Ms Brignolo said. “And it’s an absolute sense of failure.”