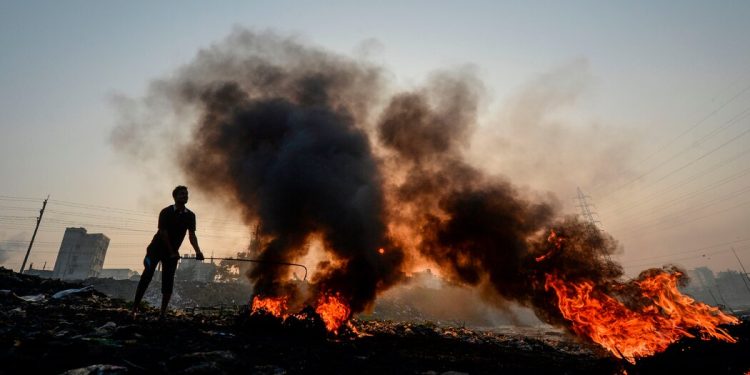 In many cities, concentrations of some pollutants decreased while others increased. But Jakarta, Indonesia, was the only one to see a statistically significant improvement in overall air quality as a result of government policies.

Improvement is relative as Jakarta still has a serious air pollution problem, but trends there pointed to how effective targeted policies could be to reduce pollution. The city has vehicle emissions standards, the researchers noted, and saw a decline in nitrogen dioxide, which is associated with vehicle exhaust. But it has no limits to biomass burning, such as burning land to clear it after a harvest, and it saw increased concentrations of ammonia, which is associated with such farming activities.

Overall, however, the researchers found that most of the increased pollution was not caused by biomass combustion, but by sources such as traffic and fuel combustion — a distinction the researchers were able to make because the burning of biomass in satellite observations took place in intense but relatively short periods of time. bursts appears, usually with a seasonal pattern. Other human activities produce less intense but more persistent pollution.

“Open burning of biomass for land clearing and agricultural waste disposal has overwhelmingly dominated air pollution in the tropics in the past,” Karn Vohra, a research associate at University College London and the study’s lead author, said in a statement. “Our analysis suggests that in these cities we are entering a new era of air pollution, with some experiencing a degree of degradation in a year that other cities experience in a decade.”

The study does not answer the question of which activities in particular are most responsible.

Then, she said, it’s up to policymakers to make cost-benefit analyzes and determine the most effective and economically viable ways to reduce pollution.