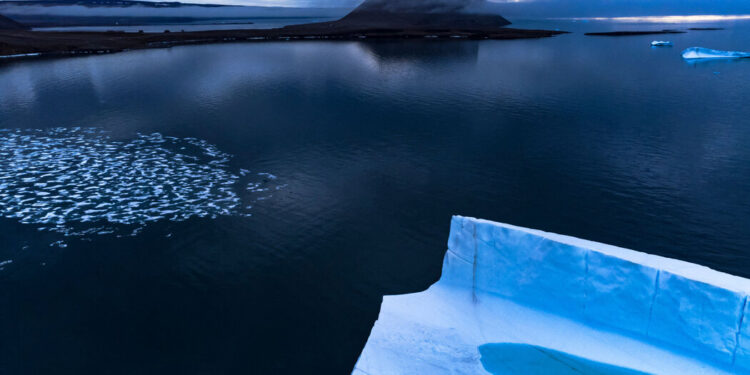 The new analysis, published in the journal Communications Earth and Environment, starts with data from 1979, when accurate temperature estimates from satellite sensors first became available. The researchers also defined the Arctic as the area north of the Arctic Circle, above about 66 degrees latitude.

Thomas Ballinger, a researcher at the University of Alaska Fairbanks, said the question of how the region is defined is “a very, very relevant conversation in understanding the changes in the Arctic.” A larger Arctic would encompass more land, reducing the impact of ice-ocean feedback on average temperatures.

dr. Ballinger, who was not involved in either study, is an author of the annual Arctic Report Card prepared for the National Oceanic and Atmospheric Administration. He said some of the findings in the Finnish study were particularly interesting, including those showing very high warming in the late 1980s and 1990s. “That was really when the Arctic gain velocities were at their strongest,” he said.

The earlier study, published last month in Geophysical Research Letters, looked at data from 1960 and defined a larger Arctic, north of latitude 65 degrees, that includes more land. They found that the rate of warming reached four times the global average from about 20 years ago. And unlike the Finnish study, they found that there were two ten-year periods, from the mid-1980s to the mid-1990s and into the 2000s, with big jumps in warming in the region.

“It doesn’t change continuously, it changes in steps,” said Manvendra K. Dubey, an atmospheric scientist at Los Alamos. And because these are ten-year periods, they suggest there was natural climate variability, as well as warming due to increased greenhouse gas emissions from human activity.

dr. Rantanen said his group’s results also point to a role of natural variability in the rate of warming, perhaps some long-term changes in ocean or atmospheric circulation.