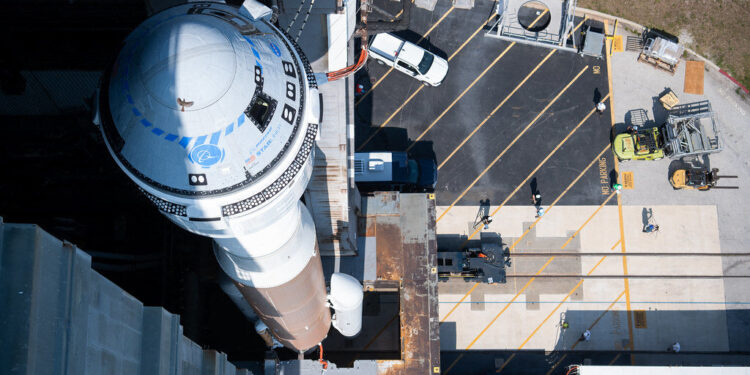 On Thursday, Boeing will get a second chance at a takeover of the space taxi it built for NASA.

The Starliner capsule will take astronauts to and from the International Space Station, but must first make a test flight without astronauts to verify that the systems are all working properly. The two previous attempts to conduct that preparatory trip – the first in December 2019 and the second in August 2021 – were both marred by serious technical difficulties. The setbacks have also cost Boeing hundreds of millions of dollars.

But now, at last, Starliner is back on the launch pad. Here’s what you need to know about his flight.

How and when can I watch the Starliner launch?

The launch is scheduled for 6:54 p.m. Eastern Time on Thursday from Cape Canaveral Space Force Station in Florida. NASA Television will start streaming the launch at 6 p.m.

Weather forecasters give an 80 percent chance of favorable conditions for launch. There is a backup launch window on Friday at 6:32 p.m., but the weather may be less promising, at just 30 percent, due to expected thunderstorms in the area.

Why has Starliner had so many problems?

Boeing conducted an unmanned test flight with Starliner in December 2019. The problems started almost as soon as it reached orbit.

Due to a software error, the Starliner’s clock was set to the wrong time. That caused the onboard computer to attempt to move the spacecraft to where it thought the ship should be. Firing the thrusters used up much of the propellant and plans to dock Starliner at the space station were called off.

In solving that problem, Boeing engineers discovered a second flaw that would have caused the wrong thrusters to fire as the capsule prepared for reentry, potentially leading to the destruction of the spacecraft. They fixed that software bug while Starliner was in orbit, and the capsule landed safely in White Sands, NM

Those issues blocked what would have been the next step: a demonstration flight with astronauts on board. NASA told Boeing to repeat the unmanned test flight, at Boeing’s expense.

Boeing spent more than a year revamping and retesting the software, and last August Starliner was back on the launch pad at the Cape Canaveral Space Force Station in Florida, atop a second Atlas 5 rocket.

The countdown started, but had to be stopped. Flight managers found that 13 valves in Starliner’s propulsion system did not open.

Boeing then spent about eight months investigating the corrosion that had caused the valves to stick. Boeing swapped the service module — the piece of Starliner beneath the capsule that houses the propulsion system — with one planned for the next mission.

Now it is ready for that second refurbishment.

After the space shuttles were retired, the United States had to rely on Russia’s Soyuz rockets for travel to and from the International Space Station. NASA then hired two companies to transport astronauts to and from the station: SpaceX and Boeing. During Boeing’s 2019 test flight, it looked like Starliner would beat SpaceX’s Crew Dragon capsule for its first astronaut mission.

But with trouble landing Starliner, SpaceX has since launched seven Crew Dragon missions with astronauts. Five were for NASA. Two others carried civilians into orbit.

SpaceX’s missions also turn out to be significantly cheaper than Boeing’s. When NASA announced the contracts in 2014, Boeing would receive $4.2 billion, while SpaceX would receive $2.6 billion. (The space agency has not released details of the contracts, making it difficult to exactly compare the cost of a seat on Starliner with that on Crew Dragon. In 2019, the NASA Inspector General estimated that each seat on a Crew Dragon was $55. million, while a seat on Starliner costs $90 million.)