Get ready for the new improved second 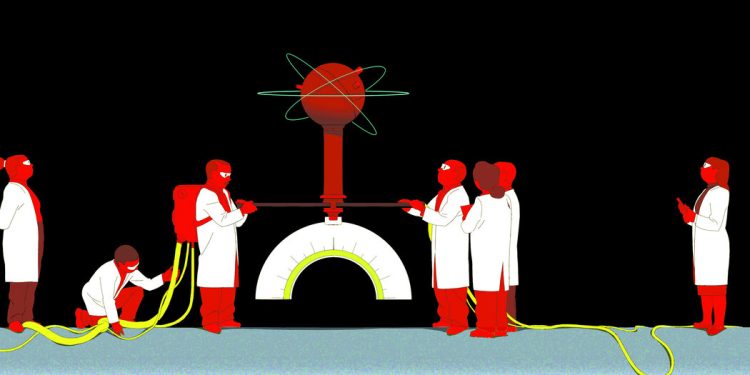 That same astronomical thought led them to set the old Babylonian method of 60 counts, the sexagesimal system, on the hour. Just as they divided a circle or the globe of the earth into 60 parts, and then make it 60 again – 360 degrees – so they divided the hour.

The first division of the 24 hours of the day (known in Latin as partes minutae primae) gave them the length of the minute, which was one-1440th of an average solar day. The second division (partes minutae secundae) gave them the duration – and name – of the second, which was one-86,400th of a day. That definition, in fact, held true until 1967. (There was a short detour to something called ephemeris time that was so complicated that even metrologists didn’t use it.)

But the definition had problems. The Earth gradually slows down in its daily rotation; days become slightly longer and so does the astronomical second. Those little differences add up. Based on extrapolations from historical solar eclipses and other observations, Earth has lost more than three hours as a clock over the past 2,000 years.

Therefore, the standard unit of time, based on astronomical calculations, is not constant, a reality that became increasingly unbearable for metrologists in the early decades of the 20th century as they discovered how erratic the Earth’s rotation was. Science requires constancy, reliability and reproducibility. So is time — and by the late 1960s, society became increasingly dependent on the frequencies of radio signals, which required extremely precise timings.

Metrologists focused on the much more predictable motion of atomic particles. Atoms never wear out or slow down. Their properties do not change over time. They are the perfect timepieces.

By the mid-20th century, scientists had coaxed atoms of cesium 133 into revealing their secret inner sign. Cesium, a silvery gold metal that is liquid at about room temperature, has heavy, slow atoms, meaning they are relatively easy to track.

Scientists place cesium atoms in a vacuum and expose them to the energy of microwaves, in the invisible range of the electromagnetic field. The task was to figure out what wavelength or frequency would excite as many cesium atoms as possible to emit a packet of light or photon. The photons were picked up by a detector and counted.