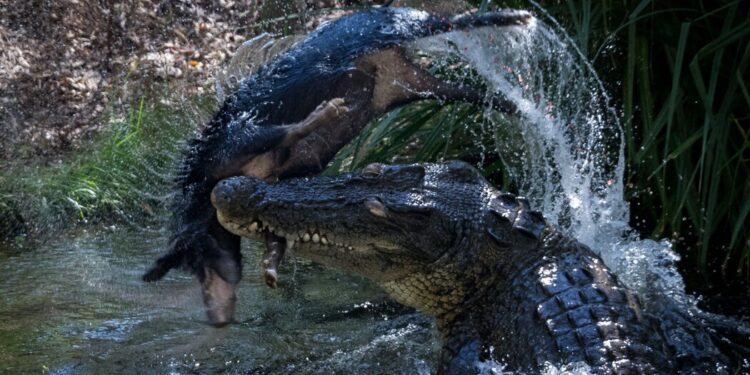 Despite such adaptations and dietary changes among apex predators, invasive species are still winning. For example, in 2015, the then Commissioner for Endangered Species in Australia told the national broadcaster that “Australia has lost 29 mammals since European colonization, and wild predators have been implicated in 28 of these extinctions.”

Florida faces similar invasion problems because it offers an ideal combination of a subtropical climate, a thriving pet trade, and multiple gateways. The result, said Ian Bartoszek, a wildlife biologist with the Conservancy of Southwest Florida, is that the state “has more established, non-native animal species than any other country in the world.” Or, as Dr. Mazzotti said of the Everglades, “I’m getting ready to call it the Everglades Invasive Reptile National Park.”

Even in the Everglades, there is good news. As Burmese pythons make their way through the Everglades’ medium-sized mammals that consume reptile eggs, it’s possible, according to Mr Bartoszek, that loggerhead sea turtles and the vulnerable American crocodile could benefit.

The impact on alligators is less clear. While there’s no data to confirm it yet, “it feels like the alligator is holding the leash, and the alligator is most likely responsible for more python predation than we’ve attributed to them,” said Mr. Bartoszek. “The python has found its place in the swamps and in those areas where there are no permanent bodies of water where alligators don’t patrol. But in those deeper, more permanent wetlands, I believe the alligator has chained itself to the python and is certainly doing us a favor here.”

These are relatively minor victories so far in the wider effort to control invasive species. According to Mr Bartoszek, 47 bird species, 24 mammal species and two reptile species have been found in the bellies of pythons.

And in the United States, as in Australia, it takes more than crocodiles and alligators to contain such pests. Where apex predators feed on invasive species, much remains uncertain. “Are there clear examples where a single species can and has benefited from an invasive species? You bet,’ said Dr. Mazzotti. “What are the other consequences? We’re a lot less sure about that.”