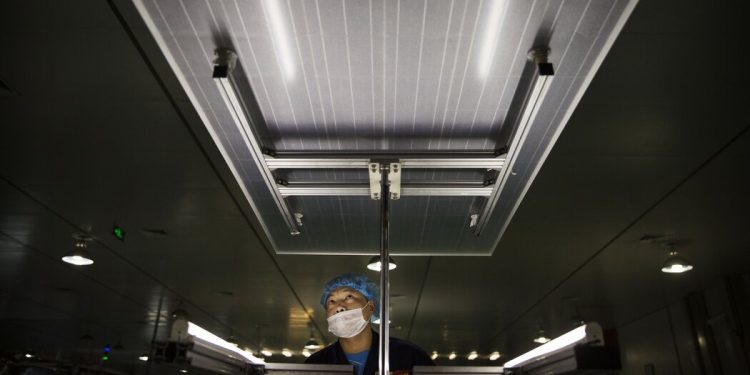 Plans to install 60 square miles of solar panels in Vermont are suddenly on hold.

In Maine, a solar farm that would power hundreds of homes is partially built, but may not be completed.

And a Texas project that would have powered more than 10,000 homes was weeks away from a breaking point but has now been delayed until at least next year.

Across the country, solar companies are delaying projects, stockpiling supplies, closing construction sites and warning that tens of billions of dollars — and tens of thousands of jobs — are at stake.

The uproar stems from a decision by the Commerce Department to investigate whether Chinese companies are circumventing US tariffs by moving solar panel components through four Southeast Asian countries.

While officials have not yet found evidence of trade violations, the threat of retroactive tariffs has effectively halted imports of crystalline silicon panels and components from Cambodia, Malaysia, Thailand and Vietnam. These four countries provide 82 percent of the most popular type of solar modules used in the United States.

In a matter of weeks, 318 solar projects in the United States have been canceled or delayed, and hundreds of companies are considering layoffs, according to the Solar Energy Industries Association, which surveyed more than 700 companies in recent days.

Energy experts warn that the consequences are just beginning. A months-long halt to imports from the four countries could have lasting consequences for the multi-billion dollar solar industry and the ambitious goals of the Biden administration to ramp up renewable energy development to combat climate change. .

“The industry is essentially frozen,” said Leah Stokes, a political scientist who studies climate at the University of California, Santa Barbara. “It is already leading to layoffs, not to mention the impact on our climate goals.”

The Department of Commerce launched its investigation on March 25 after Auxin Solar, a small solar panel manufacturer based in California, filed a petition to investigate whether China was circumventing regulations designed to prevent state-subsidized solar components from entering the U.S. would flood the market.

Tariffs on Chinese solar panels have been in effect since 2012, when the Obama administration imposed them in hopes of boosting domestic production and preventing China from dominating the emerging global market. In 2018, President Donald J. Trump imposed additional tariffs on certain solar products from China, and Mr. Biden extended those tariffs in February.

For more than a decade, China has dominated the global solar panel supply chain. Government policies and subsidies have nurtured giant factories that produce materials such as polysilicon and components such as solar cells that absorb energy from sunlight and convert it into electricity.

To avoid trade problems, US solar installers have purchased many of their panels in the four Southeast Asian countries. But according to Auxin, many of those panels are manufactured by overseas subsidiaries of Chinese companies and use cells, wafers and other components that originate in China.

Until now, the Ministry of Commerce had signaled that because the parts coming from China were being significantly transformed by the companies in Southeast Asia, those components were not subject to the tariffs.

But if the Department of Commerce finds that the panels from Southeast Asia contain Chinese-made parts that should have been subject to tariffs, panels sold in the United States after the investigation begins could face high taxes. And the threat of those additional costs has caused solar panel deliveries to grind to a halt.

In an interview, Auxin founder and CEO Mamun Rashid said he filed the petition because he believes existing tariffs are being undermined and hopes this investigation will boost domestic production.

“Maybe trade laws are being violated and cheating is involved,” Mr Rashid said. “We decided it would be irresponsible of us not to do something, not to speak out.”

Mr Rashid said he acted alone and did not cooperate with other energy companies, investors or industry groups.

The trade dispute adjudication process is a complex system designed to avoid political interference. Commerce Minister Gina Raimondo said this week that her department was required by law to address the issue.

A spokesman for the Commerce Department said it was “making efforts to strengthen the supply chains that are at the heart of the clean energy transition, including the solar supply chain,” and that it is “committed to holding foreign producers accountable.” to abide by the same rules as American manufacturers.”

Last year, the United States installed about 24 gigawatts of new solar capacity, a record helped by the plummeting cost of panels. But only about a fifth of those panels were manufactured domestically, with the rest mainly imported from Malaysia, Vietnam, Thailand and Cambodia.

As the effects of the federal investigation spread across the U.S. solar industry, its proponents are outraged.

“It’s an absurd result that just one company’s request can bring the industry to its knees in this way,” said Abigail Ross Hopper, chief executive of the Solar Energy Industries Association. “The US solar market is in chaos. Shipments have stopped, installations have stalled and people are starting to be laid off.”

The sudden freeze on the installation of solar panels runs counter to Mr. Biden to accelerate the annual pace of solar installations across the country to deliver on his promise to cut U.S. emissions by at least 50 percent below 2005 levels by the end of this decade.

“For a government that embraces renewable energy development as one of its core goals, this tariff study has undermined all of that,” said Nick Bullinger, chief operating officer of Hecate Energy, a solar energy company based in Chicago. “The study has catastrophic negative consequences for the renewable energy sector and is driving up electricity prices. With each day that the tariff study continues, the country is further behind in meeting our climate goals.”

Extreme heat. A heat wave has been plaguing India and Pakistan for weeks and is expected to increase. The scorching weather reminds us of what awaits us in an era of climate change, as heatwaves become more frequent, more dangerous and more prolonged.

NextEra Energy, one of the largest renewable energy companies in the country, said it expected between two and three gigawatts of solar and storage structures — enough to power more than a million homes — would not go as planned this year. completed.

“It is definitely disrupting our solar sector and that of the industry as well,” said David Reuter, Chief Communications Officer at NextEra. Shares of NextEra have fallen 15 percent in the past three weeks.

At Green Lantern Solar, a private solar installation company based in Vermont, work on projects in Vermont and Maine has stalled.

“The impact is very significant, not just for Green Lantern but for all of our contractors,” said Scott Buckley, president of Green Lantern. “We had to call all our suppliers and had extremely difficult conversations to say, ‘Thank you, but we can’t take deliveries.'”

In all, the Solar Energy Industries Association said its members predicted a 46 percent drop in the number of solar panels they will install next year.

However, another major solar company, First Solar, which produces a type of solar panel unaffected by the tariff dispute, said it supported the investigation.

“What we are interested in is ensuring there is a level playing field for domestic manufacturers,” said Reuven Proneca, a spokesperson for First Solar. “We believe that the decision by the Department of Commerce to proceed with the investigation is a step in the right direction.”

For US companies looking for solar panels, there are few easy substitutes for products from Cambodia, Malaysia, Thailand and Vietnam.

“We’ve called every US panel manufacturer we could find, and none of them have panels available to us with an expected timeline that will allow us to move these projects forward.†said Mr Buckley of Green Lantern Solar.

Some solar industry proponents have suggested that the Department of Commerce has the opportunity to quickly change course and end the investigation quickly.

“The secretary’s hands are anything but tied,” Heather Zichal, chief executive of American Clean Power, wrote in a blog post. “She has a statute-scripted path to stop a pointless process started because of a ghost threat — and she can use those options in the coming weeks to revive a U.S. solar industry.” by the actions of her department.”

But Ms. Raimondo, who responded Wednesday to a question from Nevada Democrat Senator Jacky Rosen, said she could do only so much. “What I will oblige you is to go as quickly as possible,” she said.

Some analysts have argued that the United States would need to invest much more heavily in domestic production to compete with overseas solar production. For example, the Build Back Better Act in Congress would bring new tax credits for home-produced solar wafers, cells and modules. But that legislation remains in limbo after Senator Joe Manchin III, a Democrat from West Virginia, rose into opposition last year.

As the solar industry awaits a decision from the Department of Commerce, renewables proponents worry that time is ticking away. The Solar Energy Industries Association estimates that the lost or delayed deployment of solar energy as a result of the research will lead to additional CO2 emissions of 364 million tons by 2035, the equivalent of keeping 78 million petrol-powered vehicles on the road. .

“It will slow down the industry at a time when we need to move faster,” Ms Stokes said. “This could be catastrophic.” 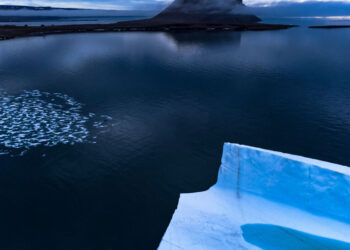 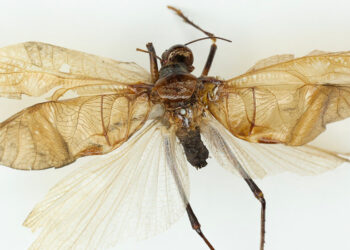 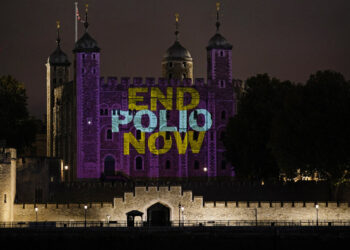 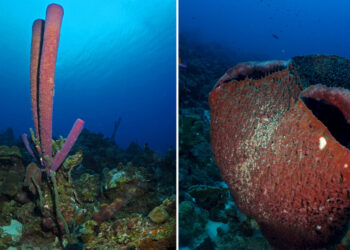 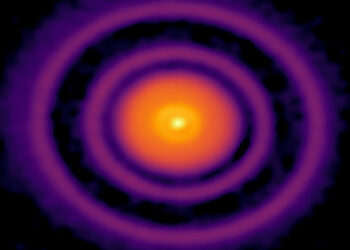 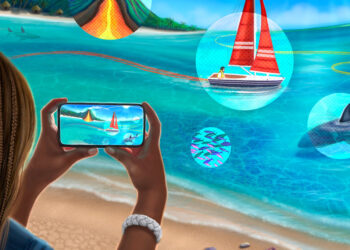