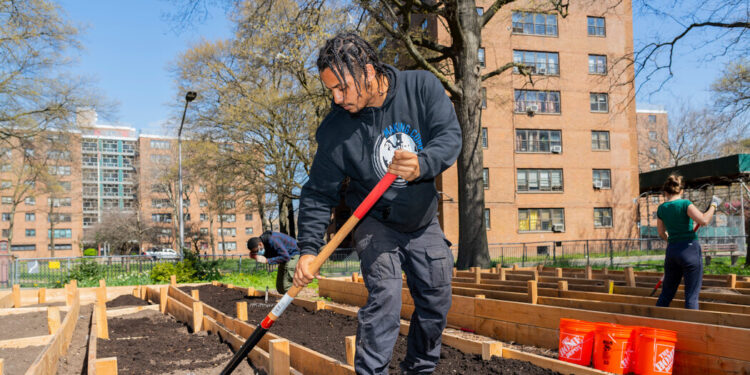 Talkative and affable, Mr. Morales is brimming with energy and ideas. As he made his way through the streets of Harlem after recently visiting one of his composting sites, he pointed to a community garden: He’s eager to stage an intervention on the sagging compost bins and install a concrete pad that would deter rats and make kicking easier. He also thinks the manual labor involved in composting could be packaged as outdoor workouts he would call “Movement with Meaning,” and he’s working on a video series.

“I have all this burning energy that never wanes,” said Mr. morals. “It’s just there.”

Stamina was drilled into him early on. Morales grew up with six siblings in Soundview Houses, a public housing complex in the Bronx. On her payday, to save on the subway, his mother had the whole family walk about 15 miles to Red Hook, Brooklyn, where she worked as a domestic worker, to pick up her check. To help with rent, Mr. Morales sold candy on the subway, often getting tickets for illegally moving between subways.

The family moved to a council house in East Harlem, where Mr. Morales, who is short in stature, learned to fight. After his stepfather was arrested and charged with marijuana possession, the children were split up and sent to foster care. “My whole family has been destroyed because of weed,” said Mr. morals. Longing to fit in, Mr. Morales befriended boys hanging out in the street. Some committed suicide, others were stabbed or shot.

When he was 17, Mr. Morales learned that his girlfriend was pregnant; they had a second child two years later. Mr. Morales found work as a hotel porter, repairman, computer technician. “I always got the hang of the job, it got really boring, the same thing over and over, and in most cases I was underpaid,” he said. After he quit performing at a salad bar that paid $6.75 an hour, he sank into despair.

On a particularly dark day, Mr. Morales entered his building when he saw an announcement for Green City Force, a nonprofit organization that trains public housing youth for solar installation, horticulture and other green jobs.